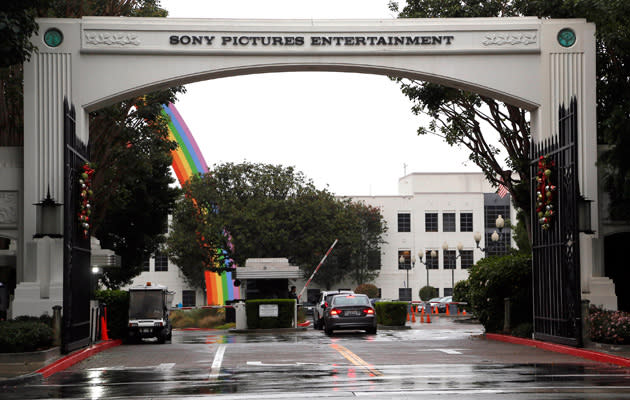 According to a press release that just hit the Treasury Department's website, President Barack Obama has issued an executive order that calls for even more restrictive sanctions on North Korea for its role in the massive hack attack on Sony Pictures late last year. In his words, the new financial clampdown is because of North Korea's "destructive, coercive cyber-related actions during November and December."

"Today's actions are driven by our commitment to hold North Korea accountable for its destructive and destabilizing conduct," Treasury Secretary Jacob Lew said in a statement. "Even as the FBI continues its investigation into the cyber-attack against Sony Pictures Entertainment, these steps underscore that we will employ a broad set of tools to defend U.S. businesses and citizens, and to respond to attempts to undermine our values or threaten the national security of the United States."

When President Obama first promised that his administration was working on a "proportionate" response to the North Korea's cyber-incursions, he was awfully light on the details. For that matter, so was the FBI: Dissenting opinions started cropping up across the web almost immediately after the Bureau fingered North Korea as the culprit in the Sony hack, with the two most prominent instead laying the blame on a former (and probably disgruntled) company insider. This time around, though, we've got a little more to go on -- the Treasury report identifies and focuses on three organizations and ten North Korean officials working abroad. President Obama also said that this next-level financial crackdown was only the "first aspect" of its response against Kim Jong-Un's regime, a statement that also subtly distances his administration from the widespread internet outages that started gripping the country just before Christmas.

The thing you've got to remember is that North Korea is already being sanctioned; in fact, that's been the case for basically ages now, mostly because of the country's willingness to continue with a provocative nuclear weapons program. The end result? A staggering majority of world's nations refuse to conduct business with the country. You've honestly got to wonder just how damaging yet another sanction could even be at this point.

In this article: barackobama, hack, korea, northkorea, sanctions, sony, sonypictures, theinterview
All products recommended by Engadget are selected by our editorial team, independent of our parent company. Some of our stories include affiliate links. If you buy something through one of these links, we may earn an affiliate commission.