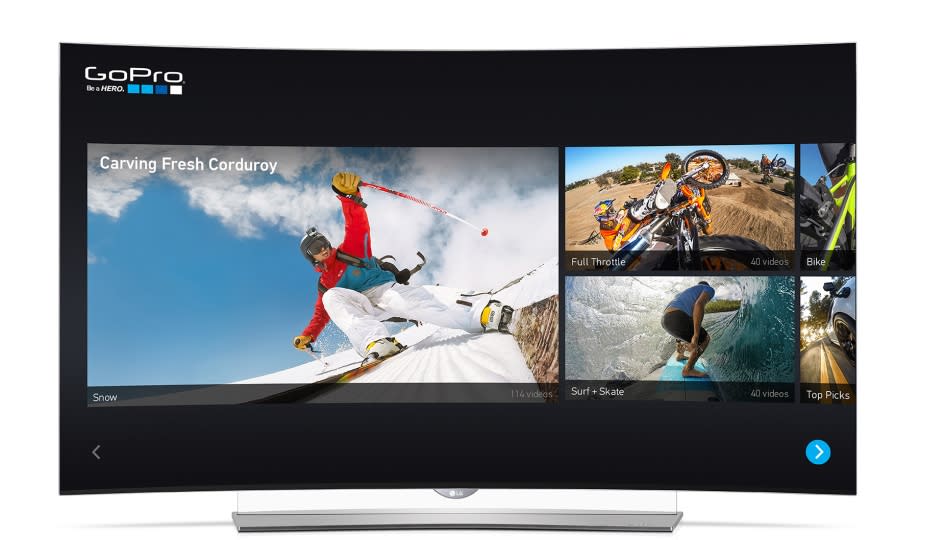 LG is ready to show off its new 2015 HDTVs -- LCD and OLED -- and along with the new webOS 2.0 smart TV platform, it's promising some new upgrades to apps. Amazon, YouTube and Netflix are all ready with support for 4K (assuming the TV can do it), but new this year is GoPro's app -- exclusive to LG's smart TVs -- and it will eventually have access to 4K video there too. There's also support for DirecTV's 4K video, which was previously only compatible with Samsung TVs. The tight collaboration between LG and Netflix is continuing, as the company says its TVs will be among the first ones certified under the new "Netflix Recommended TV" program, which we'll probably hear more about during its press conference today. Other upgrades include Showtime Sync with interactive features like the ones we saw last night, iHeartRadio, DramaFever and an HSN app.

In this article: 4k, amazon, apps, ces, ces2015, gopro, hdpostcross, lg, netflix, smarttv, Webos2.0, youtube
All products recommended by Engadget are selected by our editorial team, independent of our parent company. Some of our stories include affiliate links. If you buy something through one of these links, we may earn an affiliate commission.