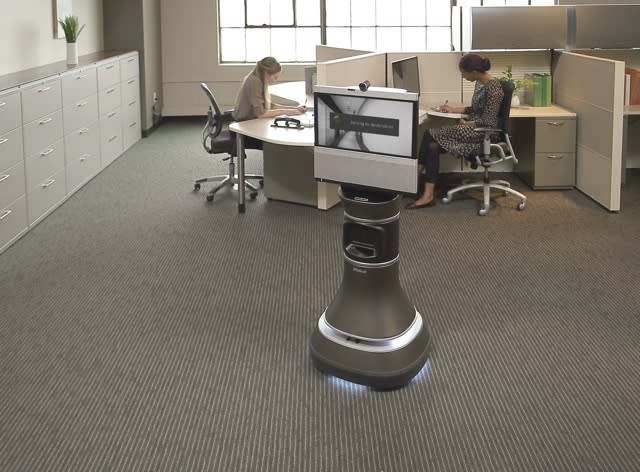 The future for Roomba maker iRobot isn't in the sky; it's continuing to innovate on the ground. In a chat with iRobot CTO Paolo Pirjanian at the Engadget CES stage today, he dove into his vision for where the company is headed. And, surprisingly enough, drones aren't part of the picture -- even though they're all the rage now. Instead, Pirjanian says he's looking forward to building smarter and taller robots that will be able understand and interact with their environment. The keys to that dream are indoor GPS and 3D mapping, both of which, he says, iRobot is "keenly working on." Those futuristic home bots will be able to do things like collect and bring a tray of food to the elderly, or create an accurate map of everything in your home, so it'll know if you left your keys on the kitchen table.

We'll see some of mapping and interaction innovations in the Roomba and Mint (the company's square floor cleaner, developed by Pirjanian's former outfit) over the next few years. And while iRobot's future machines will have to get taller to effectively interact with humans, don't count on them taking humanoid forms. Pirjanian stressed there are plenty of other forms they could take in our chat, and iRobot CEO Colin Angle doesn't think much of human-like robots. They'll be more R2-D2 than C-3PO.

iRobot's Ava 500 and RP-VITA video-collaboration robots give us some idea of what the company's more advanced bots could look like. They're tall, have large screens and cameras at eye-level, and they have advanced navigation capabilities. Give it some articulating arms and it could just end up being your new roommate.

Check out the full interview with Pirjanian below.

In this article: CES, ces2015, iRobot, Paolo Pirjanian, video
All products recommended by Engadget are selected by our editorial team, independent of our parent company. Some of our stories include affiliate links. If you buy something through one of these links, we may earn an affiliate commission.