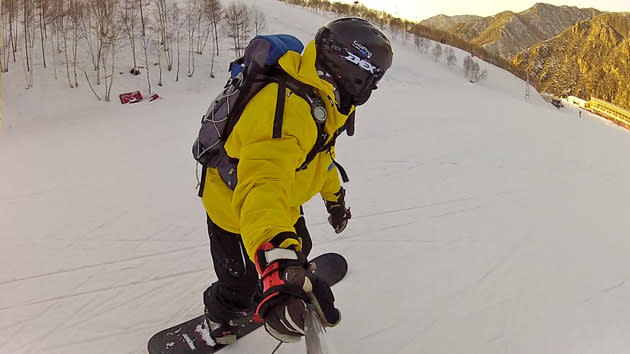 Action cameras like the GoPro Hero line are great for immersing you in sports and other thrilling events, but there's a catch -- TV broadcasters can't easily use them live, which means you're either left watching a not-so-reliable internet stream or waiting for video released after the fact. Thankfully, you won't have to deal with these compromises quite so often this year. GoPro is teaming up with Vislink to craft a wearable wireless transmitter that athletes and others can wear to show their adventures on live TV. You won't get more details until the spring, but you'll see it in action at the Winter X Games in Aspen, some AMA Monster Energy Supercross races and other thrill-a-minute sports events in the near future. One thing's already certain: you won't always have to settle for old-school broadcast camera footage for much longer.

In this article: actioncamera, broadcast, gopro, hdpostcross, sports, television, tv, vislink, xgames
All products recommended by Engadget are selected by our editorial team, independent of our parent company. Some of our stories include affiliate links. If you buy something through one of these links, we may earn an affiliate commission.