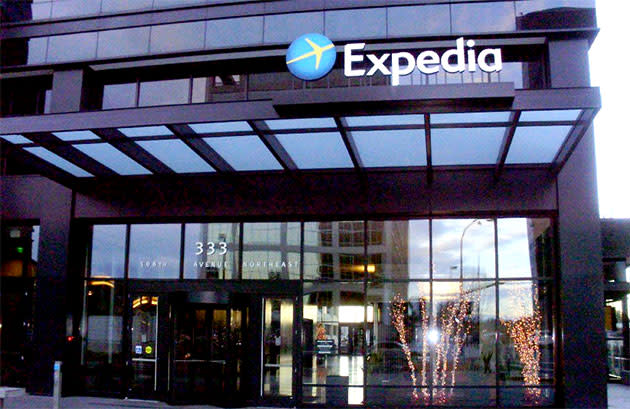 How much does it cost to buy one of the biggest brands in online travel? Only about $280 million, as it turns out: That's how much Expedia paid in cash to acquire Travelocity today from its parent company Sabre Corporation (no relation to these the makers of the critically panned Pyramid). So what does that mean for you, the average vacation-loving consumer? We reached out to Expedia to clarify matters (their spokesperson didn't offer much in the way of new info), but don't expect things to change dramatically... if they change at all.

Thing is, Expedia already owns a slew of other big-name travel sites - think Hotels.com, Hotwire and Trivago - all of which started off as independent companies before being snapped up by the former Microsoft company. In case you don't feel like searching, yes, all of those sites still exist and still proffer flight and hotel deals to people in search of their next big sojourn. The events that led to today's announcement were set into motion back in 2013 when Expedia and Travelocity cooked up a deal that basically saw the former offer its travel platform to be painted over in the latter's colors and served up to Travelocity customers. In other words, the lines between Travelocity and Expedia have been pretty blurry for the past year and change anyway; it was basically just for Expedia to tap into its rivals pool of loyal customers.

And if you don't like the idea of giving your money to a veritable travel juggernaut? Well, mainstay travel companies Orbitz and TripAdvisor join upstarts like Hipmunk, Kayak and Hitlist as worthy players that have so far escaped Expedia's clutches. Let's see how long they hold out.

In this article: acquisition, expedia, travel, travelocity
All products recommended by Engadget are selected by our editorial team, independent of our parent company. Some of our stories include affiliate links. If you buy something through one of these links, we may earn an affiliate commission.