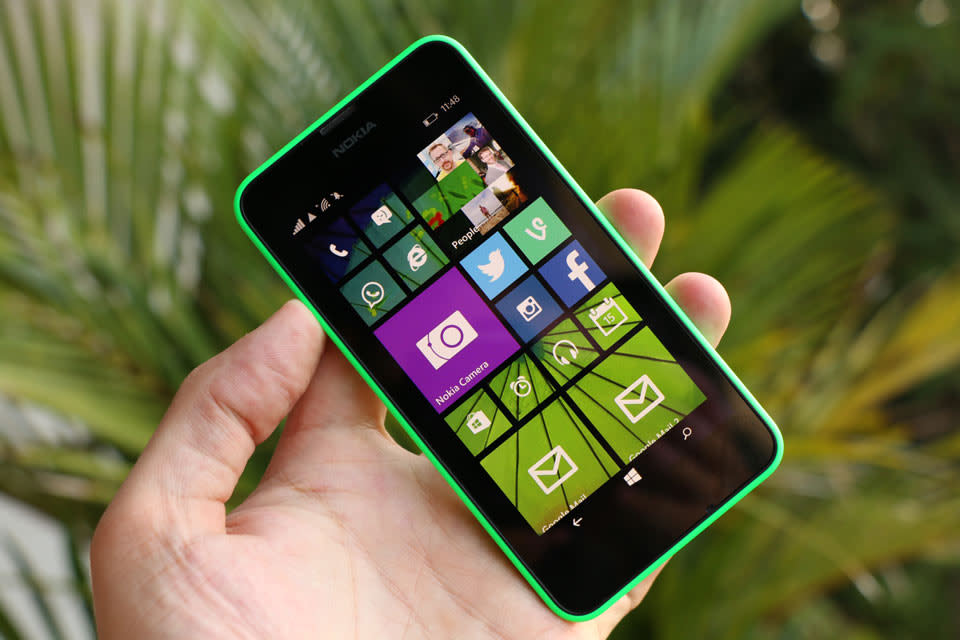 Microsoft promised Windows Phone users a free upgrade to Windows 10 at its event earlier this week, but it turns out not all phones will be getting the update. Through its Lumia Conversations blog, the company clarifies "not every phone will upgrade or support all possible Windows 10 features," adding that its goal is for "the majority of the Lumia phones running Windows Phone 8 and 8.1" to be upgraded. That's at odds with what the company's Twitter account has said in the past.

@Kalars07 We plan to upgrade all Windows Phone 8 devices to Windows 10 in the future :)

Windows 10 will bring a new suite of Office apps to phones that look just as -- if not more -- capable than their iOS and Android brethren. Fans have been rightly annoyed that other users of other mobile platforms have been getting a better Office experience than Microsoft's most loyal users. Other improvements on the way include a better Cortana, background wallpapers (in place of the current Live Tile theming pictured above), and tight integration with Windows 10 on PC and tablet.

As for which devices will and won't make the cut? It's not clear, but it's worth remembering that, despite being much cheaper, Microsoft's latest budget phones include 1GB of RAM, an increase on their predecessors' 512MB. Could that give a clue as to the minimum required specifications for Windows 10? Perhaps, but either way, it's unlikely Microsoft will leave any flagship devices in the dark. Not again.

In this article: lumia, microsoft, mobilepostcross, nokia, update, windows 10, windows phone, windows phone 8, windows phone 8.1
All products recommended by Engadget are selected by our editorial team, independent of our parent company. Some of our stories include affiliate links. If you buy something through one of these links, we may earn an affiliate commission.