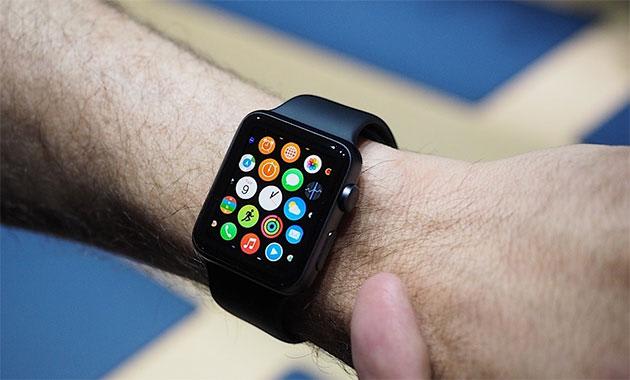 Of all the mysteries still surrounding the Apple Watch, its long-awaited launch window was easily the most debated. Well, not any more. Apple CEO Tim Cook just confirmed during the company's quarterly earnings call that the company's oft-hyped Watch should ship in April 2015 -- not March like many of us suspected/hoped.

"The creativity and software innovation going on around Apple Watch is incredibly exciting," Cook said after diving into Apple Pay's progress. "We cant wait for our customers to experience them when Apple Watch becomes available."

Sure, there's still no specific date attached to the wearable's launch, but that's not the big deal here. Apple hardly ever reveals launch windows for buzzy new products on earnings call (your author is straining to think of an example), preferring to drape such news in the pomp and circumstance of an on-stage event. We can only imagine that grin that must've played across Cook's face when he dropped that little bombshell. Cook also noted that development of the Apple Watch was going according to schedule, as if to imply that an April launch windows was the plan all along.

For all we know it might've been, but ever since the Watch was first announced last September, Apple said it was prepping for an "early 2015" launch and people figured that meant a grand retail debut before the end of Q1 in March. Further reports from the usually spot-on 9to5Mac also asserted that March was the original target month, following a month of Apple Watch training sessions meant to get employees fluent with the ins and outs of Apple's new product line. If we're lucky, Apple decided to take a little extra time to see if could get the thing's pesky battery working a little better -- either way, it shouldn't be long before we find out.

In this article: apple, applewatch, earnings, mobilepostcross, watch, wearables
All products recommended by Engadget are selected by our editorial team, independent of our parent company. Some of our stories include affiliate links. If you buy something through one of these links, we may earn an affiliate commission.