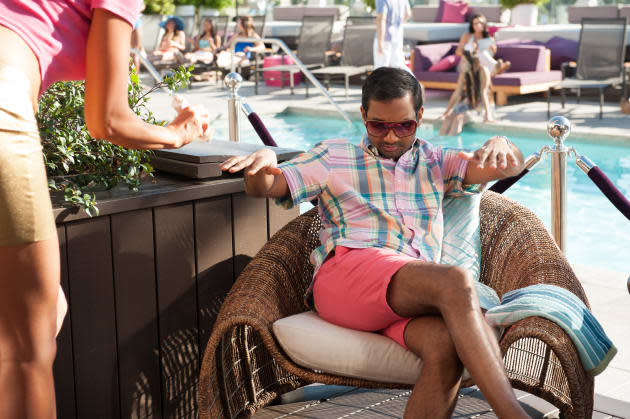 If you're a big fan of comedy specials that are unique Netflix, the latest from the man behind Parks and Recreation's Tom Haverford is on the way. On March 6th, Aziz Ansari: Live at Madison Square Garden will premiere at 12:01 AM PT. The title is another Netflix original from Ansari, whose first, Buried Alive, debuted back in 2013. Other stand-up specials from the comedian are available through the internet service too, including Intimate Moments for a Sensual Evening and Dangerously Delicious. For those who fancy an extra dose of Ron Swanson, fellow cast member Nick Offerman has a Netflix original stand-up session of his own, offering his "10 Tips for a Prosperous Life" in American Ham.

In this article: azizansari, comedy, entertainment720, hdpostcross, netflix, standup, streaming
All products recommended by Engadget are selected by our editorial team, independent of our parent company. Some of our stories include affiliate links. If you buy something through one of these links, we may earn an affiliate commission.