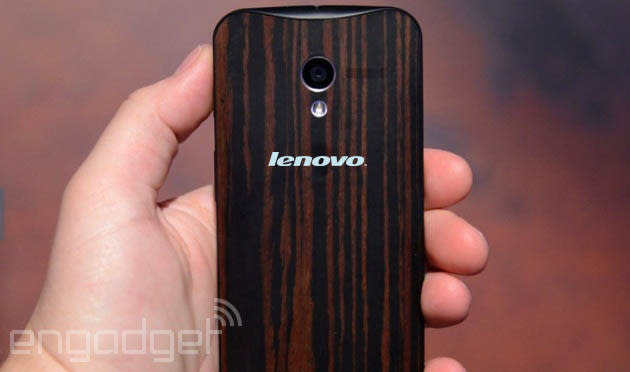 Despite a supposedly weak PC market, Lenovo does very well, thank you. It's trying to sprinkle the same golden dust on to its latest acquisition, Motorola, and appears to be succeeding. Sales for the iconic brand are up 118 percent over last year to $1.9 billion (with more than 10 million units shipped). Part of that surge happened prior to the official purchase, but nonetheless helped bump Lenovo's united mobile division 78 percent in a year -- third overall behind Samsung and Apple. Motorola also lost less money than forecast, with Lenovo suggesting it could become profitable in as little as a year, despite the fact that it has yet to go on sale in China. Lenovo confirmed in its latest financial report, however, that Moto is "soon to re-enter" its home market where Apple, for one, has fared pretty well of late.

Beyond mobile, the company also increased its global tablet share to 4.8 percent, and PC sales continue to steamroll with 16 million units sold -- up 5 percent over last year. This means Lenovo remains the largest computer seller in the world with a 20 percent market share. Whether the company can keep up the momentum, especially with Motorola, will likely depend on how much it wows the public with new models. But, unlike Google, which sold Moto to Lenovo for a huge loss (depending on how much you value patents), Lenovo actually knows what it's doing around hardware.

In this article: earnings, financials, lenovo, mobilepostcross, moto, motorola, pc, sales, tablets
All products recommended by Engadget are selected by our editorial team, independent of our parent company. Some of our stories include affiliate links. If you buy something through one of these links, we may earn an affiliate commission.