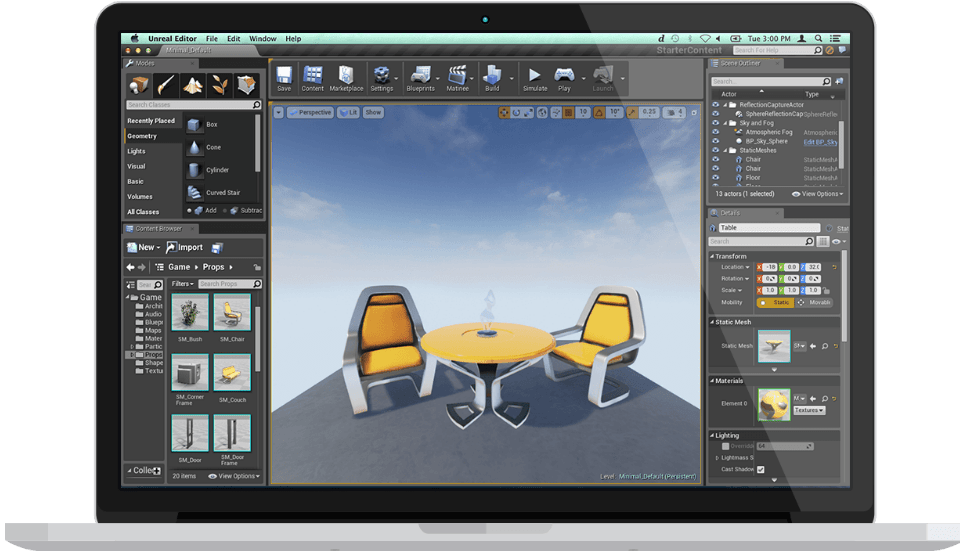 Back in the days of dial-up, when Tim Sweeney was 21 and in his third year of college, he needed cash to release his first game -- "thousands of dollars," as he recalls. To pay for the game's launch, for two summers he borrowed his dad's tractor and mowed lawns in his childhood neighborhood. Today, Sweeney is the founder of Epic Games: a powerhouse in the video game world, responsible for the Gears of War franchise and Unreal Engine, now in its fourth iteration of providing development tools to aspiring and established game developers. With Epic's status and resources, Sweeney today announced Unreal Dev Grants, a pool of $5 million available to anyone creating interesting projects in Unreal Engine 4. No strings -- or tractors -- attached.

First, the basics about Unreal Dev Grants: Epic will hand out the money in increments ranging from $5,000 to $50,000, and there truly are no strings. Submit a video and a description of your prototype -- a game, app, film, architectural program, anything built in Unreal Engine 4 -- to unrealdevgrants@epicgames.com, and a small group of Epic employees will review and award projects it deems worthy. These chosen developers get the money to use however they wish. No contract, no mandated follow-up, no development milestone schedule. They can use the cash to fund development of their projects, or to take a long vacation in Florida. Really, Sweeney assures me.

"There's not any sort of contract involved in this," he says. "If your project merits awesomeness, then we'll give the award out. We don't want to put ourselves in a position of accounting for anybody's funds. It's your money at that point and you can do with it what you want. The kind of teams that we're looking at doing these projects are super motivated to do good work, and so I doubt we'll see anybody doing anything other than furthering their project goals."

The folks at Epic reviewing potential grant projects include community managers, programmers and artists, and they're on the lookout for anything especially creative, innovative or special, or maybe something that solves a problem in a unique way. Epic is open to considering projects in the middle of crowdfunding, as well. It's all as vague as that.

"We look for some things that have the potential to stand out from the crowd in some unique way, and things that will benefit from funding in some way," Sweeney says. "Like where a developer is running into a bottleneck or getting from the prototype stage to the next stage of their project."

Eventually, Sweeney sees Unreal Dev Grants evolving into an Academy Awards-inspired system, where past grant winners get to vote on the projects they think deserve funding. It'll take "a few months" to set up that type of system, but Sweeney says the goal is for everything to be more community-driven overall.

If this all seems too cool to be true, look at it this way: Unreal Dev Grants are Sweeney's way of paying it forward, in a sense. Those days of mowing lawns to fund his first game are part of the reason Unreal Dev Grants exist.

Or as Sweeney puts it: "The goal of this is to help developers who are in that sort of position get to the next stage without having to mow lawns."

In this article: EpicGames, hdpostcross, interview, TimSweeney, Unreal, unrealdevgrants, unrealengine, UnrealEngine4
All products recommended by Engadget are selected by our editorial team, independent of our parent company. Some of our stories include affiliate links. If you buy something through one of these links, we may earn an affiliate commission.