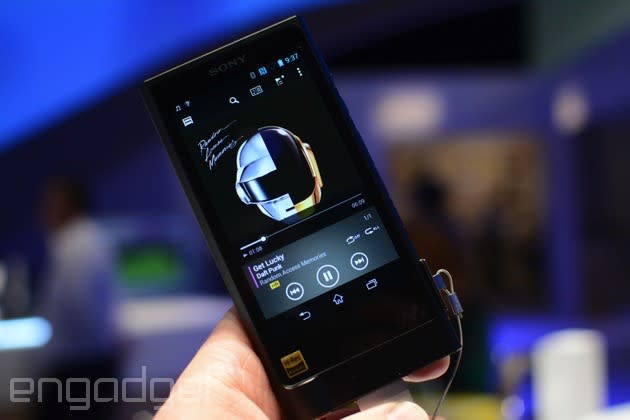 Never mind that Sony plans to spin off its audio and video business. For now, the company is pressing ahead with plans to sell high-end A/V gear, even if it's not exactly sure who's going to buy it. According to the Wall Street Journal, Sony next month will beginning selling a "Premium Sound" memory card aimed at audiophiles that claims to produce less electrical noise when reading data. All told, the 64GB SR-64HXA microSDXC card will retail for the equivalent of $160 in Japan. So how much of a "premium" is that? Quite a big one: A "regular" 64GB Sony microSD card can be had for just $29 on Amazon. Surely, then, a card this expensive isn't for everyone, but Sony is betting at least somebody will be into it -- specifically, the sort of audio geek who would buy its $1,200 high-fidelity Walkman. "We aren't that sure about the product's potential demand," a Sony spokesperson told the Journal, "but we thought some among people who are committed to great sound quality would want it."

In this article: MemoryCard, memorycards, premiumsound, sony, SR-64HXA
All products recommended by Engadget are selected by our editorial team, independent of our parent company. Some of our stories include affiliate links. If you buy something through one of these links, we may earn an affiliate commission.