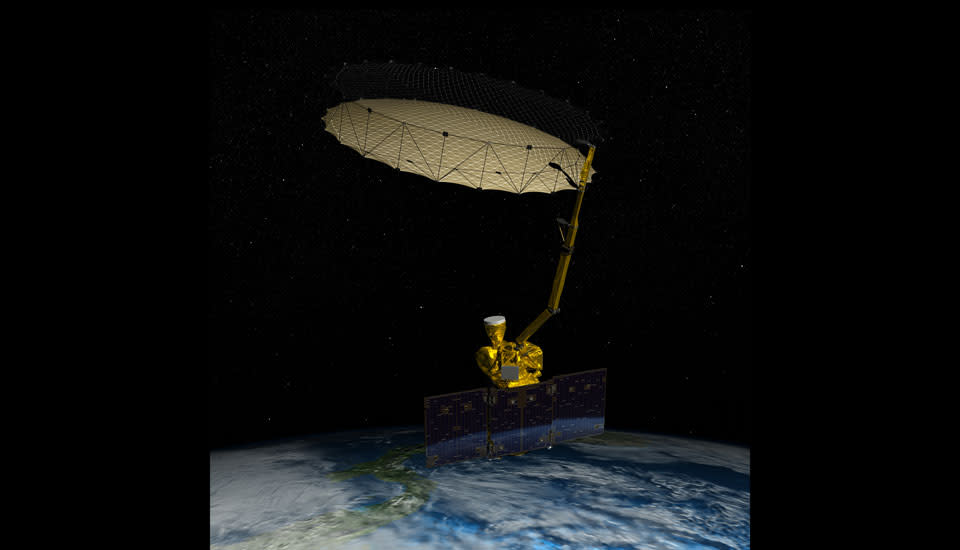 According to environmentalist Lester Brown, droughts are going to be increasingly prevalent over the next few years. At the same time that he was making these claims, however, NASA was activating a spacecraft that it's hoped will do something about that. The Soil Moisture Active Passive (SMAP) satellite is designed to orbit the Earth, measuring global moisture levels in soil.

With that data, the agency expects to predict what regions are at the highest risk of both droughts and flooding. Now that SMAP has unfurled its 20-foot-wide dome antenna, scientists at the Jet Propulsion Laboratory will spend the next few days checking if the hardware is ready to begin its three-year mission. If all goes well, then the craft will be able to snap 620 mile slices of the Earth for each scan it takes. Those with long memories will recall that Europe's space agency has a similar project, SMOS, which recently celebrated its fifth birthday keeping an eye on the planet's hydration.

In this article: ClimateChange, Drought, Flooding, Moisture, NASA, SMAP, SMOS, Soil, video
All products recommended by Engadget are selected by our editorial team, independent of our parent company. Some of our stories include affiliate links. If you buy something through one of these links, we may earn an affiliate commission.