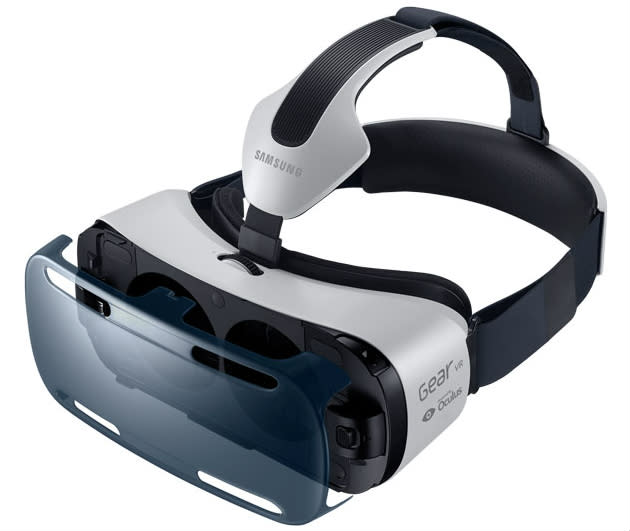 Oculus VR has a challenge for aspiring game and app developers: Create something new and exciting for the Gear VR Innovator Edition, Samsung's Oculus-powered headset, and get a shot at a cash prize from a $1 million pool. The Oculus Mobile VR Jam 2015 kicks off on April 13 and ends on May 11, with sign-ups open now at ChallengePost. The Jam -- and the cash -- is split between two tracks, "Games" and "Apps or Experiences," with Platinum, Gold, Silver and Bronze winners in each segment. The top Platinum Game gets $200,000, while the Platinum App or Experience snags $100,000. There are multiple winners for each of the remaining ranks, and prizes bottom out at $10,000 for each Bronze victor.

The Oculus Mobile VR Jam has four must-hit milestones for participants: Pitches are due by April 20, screenshots by April 27, videos by May 4 and the final build is due by May 11 at 9AM PT. After all that hard work, Oculus will announce winners "on or around" June 4. Developers can go in solo, with a team or as part of an organization, and lonesome devs looking for love can put together a group directly on ChallengePost.

This jam is all about the Gear VR Innovator Edition, a virtual reality headset that uses the Samsung Galaxy Note 4, with a side of Oculus VR software. We were reasonably impressed with the Gear VR Innovator Edition in September, though we noted that it had some rough edges, technically speaking. A Samsung rep told us at the time that these technical issues were what made it an "Innovator Edition," meant for early adopters, VR enthusiasts and professionals. It seems that the Gear VR is sticking around, and we wouldn't be surprised to see a new, less buggy model featuring Samsung's flagship phone, the Galaxy S6, at the Mobile World Conference in early March.

In this article: gamejam, gearvr, gearvrinnovatoredition, hdpostcross, jam, oculus, oculusvr, samsung, VirtualReality
All products recommended by Engadget are selected by our editorial team, independent of our parent company. Some of our stories include affiliate links. If you buy something through one of these links, we may earn an affiliate commission.