Samsung's 2020 soundbars include models with Alexa and object tracking 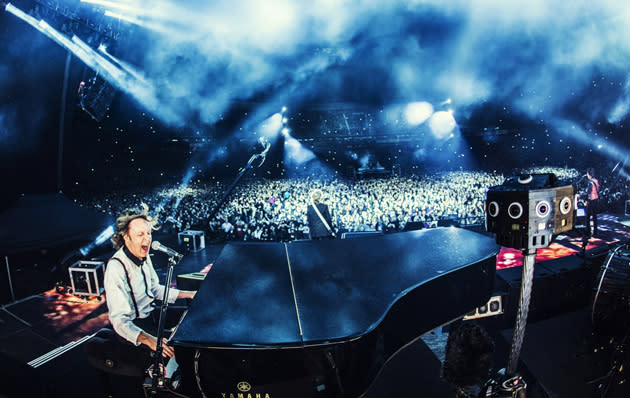 Virtual reality thrives on immersive sound, so it only makes sense that audio format makers should get involved, doesn't it? Dolby certainly thinks so. It's partnering with Jaunt to put its cinematic Atmos sound into VR content, starting with snippets from the horror-laden Black Mass, the giant monster short Kaiju Fury and a Sir Paul McCartney concert. While it's a modest start, the hope is that this ultra-precise positioning will both be more engaging and let VR movie producers rely more on audible cues to get your attention -- a snapping twig may be all it takes to have you look at the scary beast lurking in the bushes. You probably wouldn't want to buy an Atmos-capable system just for the sake of VR when there's hardly anything to watch right now, but it's something to consider if you take your virtual video experiences very seriously.

In this article: atmos, audio, dolby, hdpostcross, jaunt, kaijufury, movies, PaulMccartney, SirPaulMccartney, sound, surroundsound, virtualreality, vr
All products recommended by Engadget are selected by our editorial team, independent of our parent company. Some of our stories include affiliate links. If you buy something through one of these links, we may earn an affiliate commission.