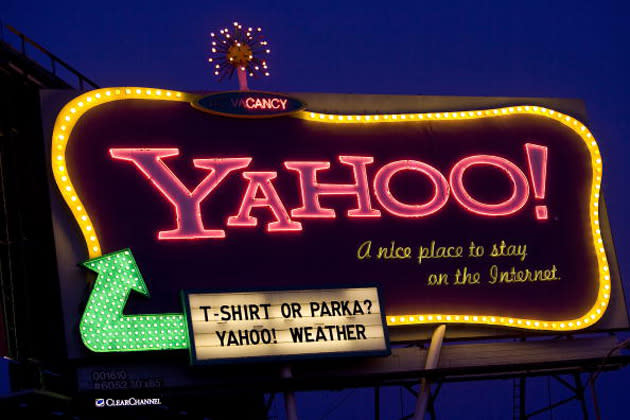 You now have permission to feel ancient: Yahoo, one of the web's first big service providers, has turned 20 years old. The company has seen a lot in the past couple of decades, to put it mildly. It rose to fame as a web directory in the 1990s, and quickly became the web portal of choice for legions of early users. However, it suffered under both the dot-com bubble collapse and the pressure from an upstart, search-focused rival called Google -- it spent much of the early 21st century scrambling to keep up, including an eventual deal to use Microsoft's Bing search in place of its own tech. The firm's revolving door approach to CEOs didn't help, either. Yahoo is doing much better now that current CEO (and ex-Googler) Marissa Mayer has addressed some of the company's mistakes, but it's safe to say that this web pioneer doesn't look much like it did back in the heady days of Windows 95 and dial-up modems.

In this article: anniversary, birthday, internet, search, web, yahoo
All products recommended by Engadget are selected by our editorial team, independent of our parent company. Some of our stories include affiliate links. If you buy something through one of these links, we may earn an affiliate commission.