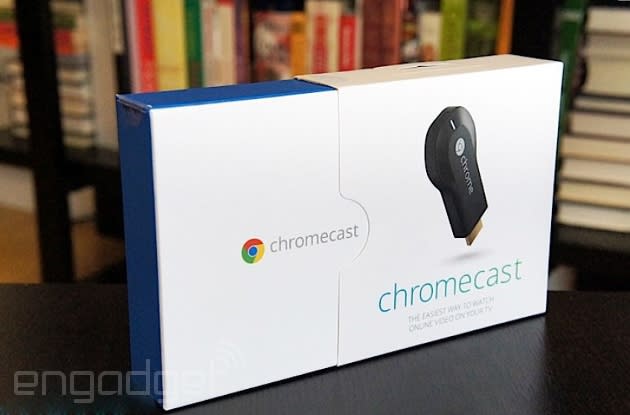 Google isn't just using Chromecast Offers to reward existing users, the company's also loading it with freebies in an effort to more households to get one. For instance, if you buy a Chromecast from March 20th to April 19th, you'll get $80 worth of rewards. Namely, three months of subscription to Play Music, one month of Qello Concerts, three months of DramaFever, three months of Sesame Street GO and a free movie rental from Play Movies. While Google has reportedly sold over 10 million streaming sticks last year, having more users means getting more leverage when negotiating with content providers. That, in turn, could lead to bigger rewards or exclusive deals similar to Apple TV's HBO Now offering.

In this article: Chromecast, google, offers
All products recommended by Engadget are selected by our editorial team, independent of our parent company. Some of our stories include affiliate links. If you buy something through one of these links, we may earn an affiliate commission.