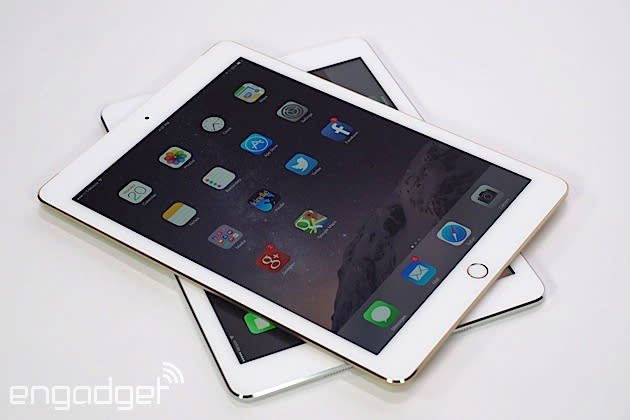 When the UK's Members of Parliament get down to work following the election in May, they'll have more than just a new government on their hands -- they'll have a tablet, too. The Parliamentary tech team is handing out cellular-equipped iPad Air 2 units to all 650 House of Commons MPs so that they have a secure way to do business wherever they are. While 209 of them already had iPads, this move makes them standard issue.

The effort could do a lot to advance technology in the House, but it's also receiving a lot of flak. Cost is probably the big issue: while the committee decided that iPads were "competitively priced" given the goals (cellular data, security and a long lifespan), the plan will cost £1 million (roughly $1.5 million) over five years. It should theoretically save money versus printing hundreds of copies of paper documents, but the savings could be larger with lower-cost hardware. Also, Shadow Cabinet Office minister Chi Onwurah isn't happy with the focus on iOS -- Apple's platform is already part of the House's practices, but Onwurah would prefer a device-independent approach. Like it or not, though, Britain (and really, the world) is about to find out how well the iPad works as a common legislative tool.

In this article: apple, government, houseofcommons, ipad, ipadair2, parliament, tablet, uk
All products recommended by Engadget are selected by our editorial team, independent of our parent company. Some of our stories include affiliate links. If you buy something through one of these links, we may earn an affiliate commission.