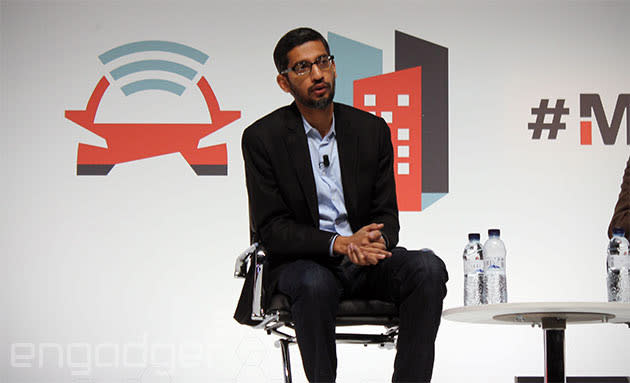 Google may not have grand ambitions for its upcoming cellular network, but the company could still have a few clever tricks up its sleeve. The Telegraph claims that Google is talking to wireless giant Hutchison Whampoa, the owner of Three (and soon O2), about letting American customers roam at no extra cost on the foreign carrier's networks. In other words, you could go on Instagram photo tours of places like Hong Kong or the UK without facing an outrageous phone bill when you get home. Neither of the companies are commenting, but Hutchison Whampoa would be a very logical partner. It already lets its customers roam in other countries (including the US) as if they were at home -- in a way, a Google deal would simply be returning the favor.

In this article: 3, billshock, cellphone, google, hutchisonwhampoa, mobilepostcross, mvno, three, wireless
All products recommended by Engadget are selected by our editorial team, independent of our parent company. Some of our stories include affiliate links. If you buy something through one of these links, we may earn an affiliate commission.