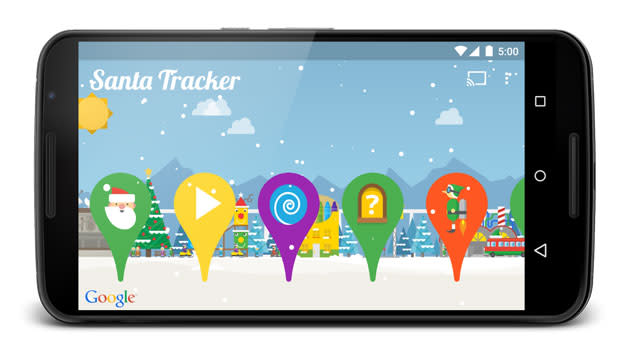 Google might want to improve its timing a bit. You see, the search giant has released the source code for its Santa Tracker apps... in April. In other words, right when the snow has finished melting in many corners of the world. That's a little too late (or alternately, too soon) to help create holiday apps, Google. As you might gather, though, the festive theme is beside the point. The open source content is really meant to show how the folks in Mountain View make a lively website that works on everything from phones to desktops, not to mention a host of Android games and smartwatch faces. Hopefully, you'll see at least a few apps and sites in the near future that have an extra amount of polish, whether or not Kris Kringle is involved.

In this article: android, Christmas, google, holiday, internet, mobilepostcross, opensource, santa, santaclaus, santatracker, web
All products recommended by Engadget are selected by our editorial team, independent of our parent company. Some of our stories include affiliate links. If you buy something through one of these links, we may earn an affiliate commission.