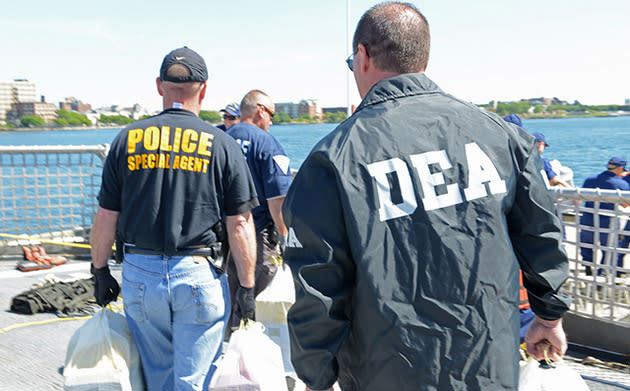 Apparently, the NSA's massive surveillance program wasn't a first: it was modeled after a precursor that ran from 1992 until 2013. According to USA Today, that program was called USTO, because it monitored almost every American's calls from the US to other countries. It was a joint initiative by the Justice Department and the Drug Enforcement Administration, which began as a way to keep tabs on Colombian drug cartels and their supply routes. Since then, it grew in scope (thanks in part to a powerful computer provided by the Pentagon) to cover all international calls made to around 116 countries worldwide, including Canada, Mexico, parts of Asia and Europe, and most of Central and Southern America. The group was only dissolved after Edward Snowden went public with the NSA's secrets in 2013.

USA Today says this is the US government's first known effort to gather intelligence on its citizens en masse. USTO didn't exactly listen or record phone calls, though -- instead, it asked carriers for phone call metadata, which contains numbers contacted, the time they were called and the duration of those conversations. Agents then used those to link data they got from other means, allowing them to piece together various information, such as drug distribution networks. The logs also didn't include names, but the team could easily link numbers to particular people by cross-referencing data.

These documents were transferred over a private network and came in like clockwork, that details were usually just a few days old when they reached the agents. USA Today's report didn't specify all the carriers involved, but mentioned that Sprint "expressed reservations" about participating in 1998 (the company was basically told it had no choice) and that AT&T was likely one of them, as well.

The DEA didn't allow anyone else, not even the FBI or the NSA to access its logs in the beginning. But over time, it gave other law enforcement agencies access to its database, especially after 9/11. Eventually, in an effort to keep this program hidden, the DEA's Special Operations Division started passing on intel to prosecutors and feds as "tips" that they could act on. When Reuters blew the lid off that practice in 2013, it gave this scenario as an example: A field agent would get a call from an informant, telling him to intercept a particular van at a certain time and location. However, that agent wouldn't be allowed to tell the court about the tip. Instead, he would have to reconstruct the case and find a way to arrive to the result without mentioning the DEA's participation.

After USTO was put to a stop post-Snowden revelation -- all records were reportedly purged -- DEA agents had to start getting call records via more difficult means. Now, they have to send carriers subpoenas daily to get those logs, and only for numbers already linked to drug trade or other crimes.

In this article: dea, LawEnforcement
All products recommended by Engadget are selected by our editorial team, independent of our parent company. Some of our stories include affiliate links. If you buy something through one of these links, we may earn an affiliate commission.