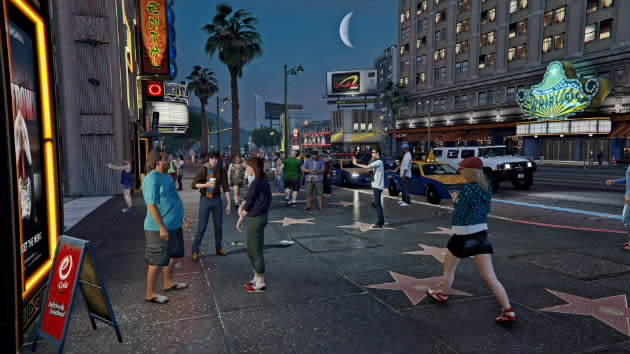 BBC Films is working on Grand Theft Auto, a drama about the real-life founder of Rockstar Games, Sam Houser, and his battles over the perception of video game violence with bombastic, disbarred attorney Jack Thompson in the early 2000s. Thompson's role hasn't yet been cast, but Daniel Radcliffe, the actor best known for playing Harry Potter in all eight of those films, is in negotiations to play Houser, THR reports. Owen Harris, a British director responsible for a few episodes of Misfits and the season two premiere of Black Mirror, is on board for Grand Theft Auto. The script was penned by TV writer James Wood, with producer Jim Spencer and executive producer Mark Hedgecoe. It's scheduled to begin shooting on April 20 (no word on if it will be in 60FPS).

In this article: bbc, BbcFilms, GrandTheftAuto, hdpostcross, Jack-Thompson, JackThompson, movies, RockStar, RockstarGames, SamHouser
All products recommended by Engadget are selected by our editorial team, independent of our parent company. Some of our stories include affiliate links. If you buy something through one of these links, we may earn an affiliate commission.