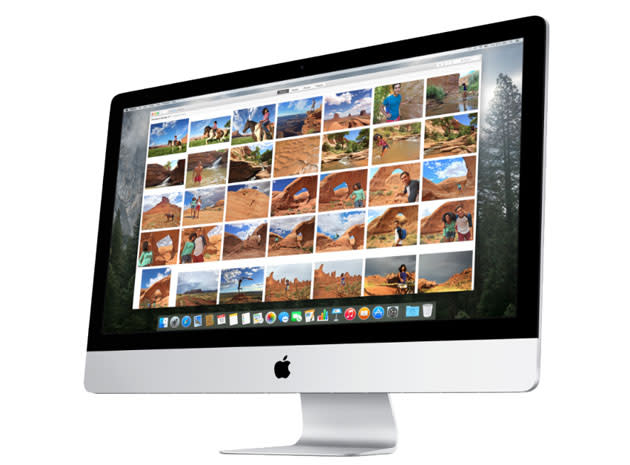 You no longer have to be a beta tester (or work at Apple) to give the new Photos app a spin. The Cupertino crew has released the finished version of its OS X Yosemite 10.10.3 update, which centers around the more powerful and iOS-friendly picture management hub. Yes, you can now kick iPhoto to the curb and rely on iCloud Photo Library to sync your images. There are also a few things you might appreciate even if you're not a shutterbug, such as support for more diverse emoji and Spotlight suggestions in Look Up. While this isn't a gigantic update, it's definitely worth grabbing if you think that the Mac's official photo software is overdue for a tune-up.

In this article: apple, cloud, cloudstorage, emoji, icloud, icloudphotolibrary, ios, mac, mobilepostcross, osx, photos, storage, yosemite
All products recommended by Engadget are selected by our editorial team, independent of our parent company. Some of our stories include affiliate links. If you buy something through one of these links, we may earn an affiliate commission.