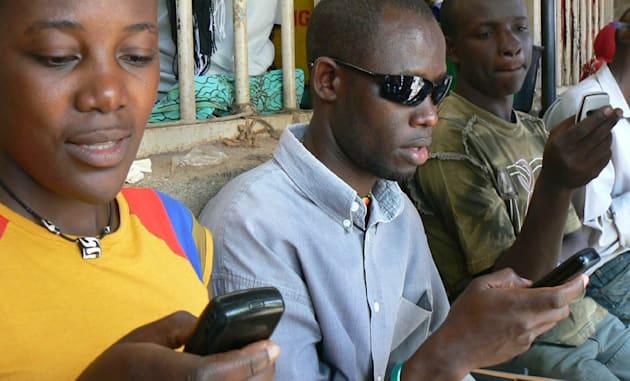 In Sub-Saharan Africa, mobile wallets are a huge deal. While it's been that way for years, the World Bank's latest Global Financial Inclusion database gives us solid details on just how prevalent they are in the region. According to the report, 12 percent of adults (64 million) in the area have mobile wallets or what Africans call "mobile money accounts," which aren't connected to banks. Half of those people have traditional bank accounts, but the half rely solely on their phones for their financial needs. It seems to be especially popular in Kenya, where 58 percent of adults access their money through a mobile device.

The mobile wallets' increasing popularity isn't just about convenience, it means 34 percent of adults in the region have access to some sort of financial account of their own -- compared to just 24 percent back in 2011 -- that wouldn't otherwise be possible. It's worth noting that there's still a gender gap, with more men having accounts of their own than women.

Much of the popularity for mobile banking can be attributed to affordable hardware. But, there's also been a steady stream of safe, reliable services that makes mobile banking a practical choice. One good example is the Vodafone-owned service M-Pesa, which allows users to deposit money to a mobile-based account. It also lets users transfer amounts to other people (say, when buying goods), through PIN-protected text messages. In addition, as FiveThirtyEight mentions, microfinance companies often offer more competitive loan rates to users willing to receive money through their mobile wallets than to those who choose to get the amount in cash. In a way, they serve the purpose of both debit and credit cards, proving that even cheap phones can change the way people live.

In this article: africa, bank, mobilepostcross, sub-sahara
All products recommended by Engadget are selected by our editorial team, independent of our parent company. Some of our stories include affiliate links. If you buy something through one of these links, we may earn an affiliate commission.