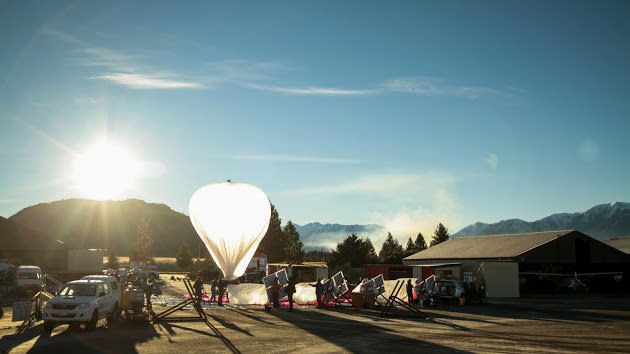 In case you wanted another behind-the-scenes look at how Google's internet-by-balloon service is doing, now is your chance. The Project Loon team posted a new video showing everything from how it manages its balloon fleet, the balloon creation process, their partnership with local LTE network providers abroad and a few other aspects of the initiative as well. For example, the team is keeping the airborne-internet vessels afloat for up to 100 days at a time now, can build balloons in hours instead of days, and can launch many dozens of balloon every day instead of just a single one. Nearly two years after the project's launch, it's gone from "will it work?" to being presented as something that will work. With thousands of balloons aloft, it can push signal into areas that can't easily get internet service in other ways. As is typical with these status updates, it's slickly produced and has a handful of whimsical animations and music to boot -- check it out after the break.

In this article: balloon, balloons, google, Internet, LTE, moonshot, projectloon, video
All products recommended by Engadget are selected by our editorial team, independent of our parent company. Some of our stories include affiliate links. If you buy something through one of these links, we may earn an affiliate commission.