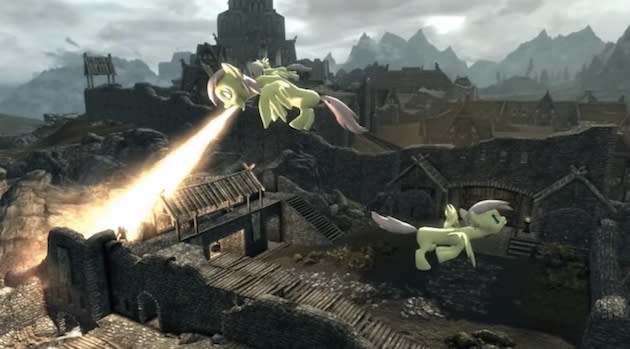 After a few days of hearing complaints on the internet, Valve is removing the payment feature from the Skyrim Workshop on Steam. The PC gaming juggernaut explains that it underestimated the differences between the communities built around its own games and those from other studios, and toeing the waters of an established modding scene like one surrounding The Elder Scrolls V: Skyrim's "was probably not the right place to start" experimenting.

Skyrim developer Bethesda Softworks agrees. Valve says the idea was to enable more mods to become their own standalone games (like Counter-strike and Dota) and to foster better mods in general, both free and paid. And speaking of the latter, any money spent on mods will be refunded in full. Newell and Co. explain the reversal's reasoning as follows:

"We've done this because it's clear we didn't understand exactly what we were doing. We've been shipping many features over the years aimed at allowing community creators to receive a share of the rewards, and in the past, they've been received well. It's obvious now that this case is different."

Maybe considering that the top Skyrim mod on Steam at the moment is a protest against paid mods, this might not come as a surprise to some. Either way, Valve's effectively put an arrow in the knee of making money off mods for the fantasy epic.

In this article: Backtrack, gaming, hd, hdpostcross, modders, mods, PcGaming, reversal, skyrim, STEAM, valve
All products recommended by Engadget are selected by our editorial team, independent of our parent company. Some of our stories include affiliate links. If you buy something through one of these links, we may earn an affiliate commission.