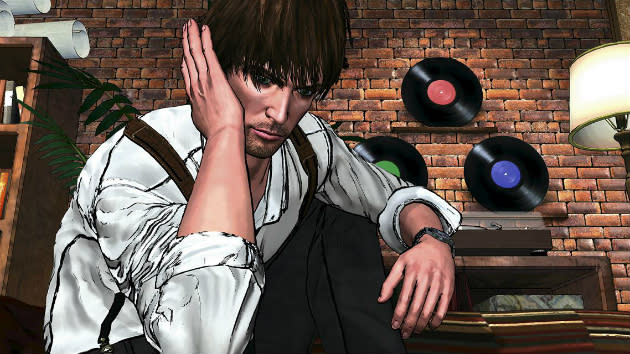 D4: Dark Dreams Don't Die is a wacky, weird and fairly wonderful point-and-click adventure originally released on Xbox One for Kinect. Fast-forward a few months and, now, it's heading to PC. Creator Hidetaka Suehiro, AKA "Swery," confirmed the PC port on Twitter and in Japanese magazine Famitsu. In the Xbox One version, D4 truly (and surprisingly) shines as a Kinect game, allowing players to control a hardened, time-traveling detective using arm gestures and voice controls. The PC version will feature standard mouse controls: "It's really good I think," Swery tweeted. There's no word on whether the PC version of D4 will be on Steam, but Swery has "noted" fan requests for a Steam launch.

@BronsonLee @famitsu Yes. D4 will be release for PC. #ThanksObama

In this article: d4, D4DarkDreamsDontDie, hdpostcross, kinect, pc, STEAM, swery, swery65, video, XboxOne
All products recommended by Engadget are selected by our editorial team, independent of our parent company. Some of our stories include affiliate links. If you buy something through one of these links, we may earn an affiliate commission.