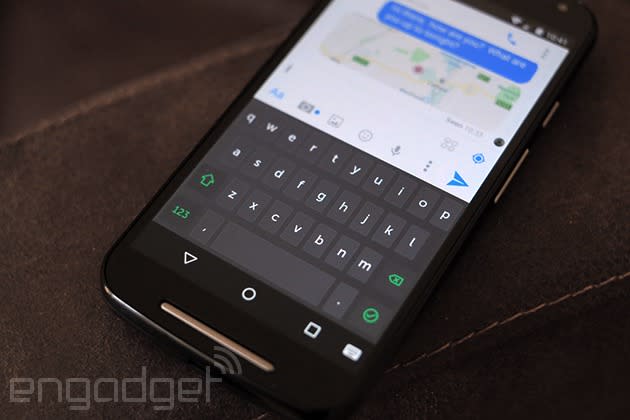 SwiftKey has a new Android keyboard that will autocorrect entire phrases. Named Clarity Keyboard Beta, it aims to constantly scan the last few words typed in order to offer better corrections than rival apps. Like other SwiftKey keyboards, it'll also learn from your typing style, picking up on your most-used words and phrases.

As its name suggests, Clarity Keyboard Beta is still a work in progress. It's the first product of a new initiative SwiftKey is calling Greenhouse, which should see a lot more experimental apps come from the company. We gave it a quick test and weren't particularly wowed by its corrections, although that's perhaps to be expected given the time it takes to learn your writing style.Despite SwiftKey launching on iOS last year, this beta is Android only for now. There are already some reported problems, such as compatibility issues with certain Samsung and LG devices, but SwiftKey is looking for feedback on the work in progress. It's available as a free download from Google Play, so you haven't got much to lose by giving it a spin.

In this article: android, clarity, clarity keyboard beta, google, keyboard, mobilepostcross, swiftkey
All products recommended by Engadget are selected by our editorial team, independent of our parent company. Some of our stories include affiliate links. If you buy something through one of these links, we may earn an affiliate commission.