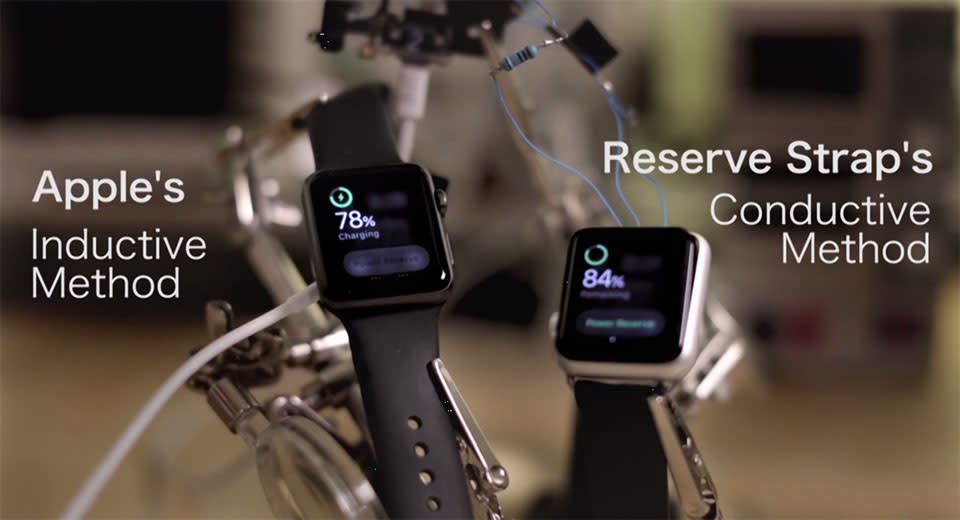 Apple doesn't want you hacking around its Watch, so it was kind of a deal when an accessory maker discovered a diagnostic port that would enable just that. The company, Reserve Strap, now has a video (below) that proves direct charging via the port is about 5 percent faster than the standard inductive way. While that might not sound like a lot, it confirms that it'll be relatively easy to build straps that add battery life and other functionality. In fact, Reserve Strap pivoted on its own design ($250 on preorder) after making the discovery, as shown below. If that's too rich for your blood, we imagine other accessory makers will now follow suit. In this article: apple, Apple Watch, charging, charging time, inductive charging, Reserve Strap, video
All products recommended by Engadget are selected by our editorial team, independent of our parent company. Some of our stories include affiliate links. If you buy something through one of these links, we may earn an affiliate commission.