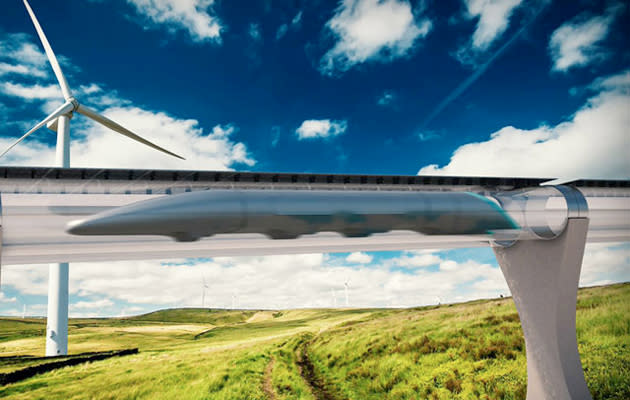 We're all expecting to pay through the nose to travel between LA and SF in just 30 minutes, but the minds behind Hyperloop may have a surprise up their sleeve. Hyperloop Transportation Technologies' Dirk Ahlborn has told CNBC that he's considering a business model that apes what we see in free-to-play mobile games. The CEO is kicking around the idea that the travel itself would either be free or dirt cheap, with passengers charged for a series of as-yet undisclosed upgrades. Of course, since we're still a decade or more away from a commercial version of the system, there's plenty of time for him to change his mind.

At the same time, the project also moved a step closer to reality after the company signed a deal to acquire the land for five miles of test track in California's Quay Valley. Construction is expected to begin next year, with the first excursions being lined up for 2019. Ahlborn also revealed that he's not too fussed about improving Hyperloop's 750mph speed, but instead will use the facility to work out the best way to get passengers on and off the system. The CEO also wanted to assure worried future users that the sensation of being fired along a tube of compressed air by magnets at close to the speed of sound won't feel "weird."

In this article: California, CNBC, DirkAhlborn, ElonMusk, Hyperloop, HyperloopTransportationTechnologies, QuayValley
All products recommended by Engadget are selected by our editorial team, independent of our parent company. Some of our stories include affiliate links. If you buy something through one of these links, we may earn an affiliate commission.