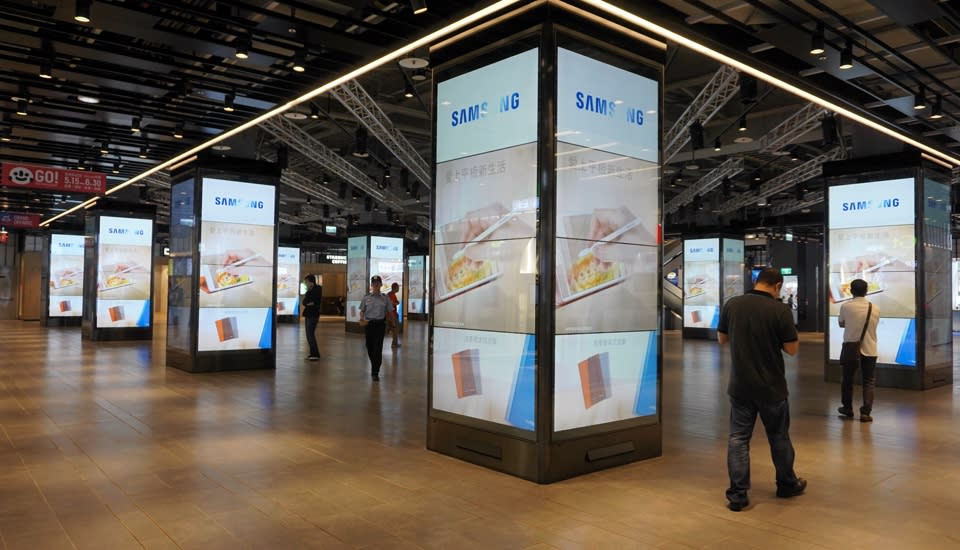 Taipei isn't really lacking in gadget shopping options, but, even so, the recently launched Syntrend Creative Park is noteworthy. A joint project between electronics supplier Hon Hai and Taipei's government, Syntrend is a massive 12-story tech-focused mall covering more than two acres. And it's got plenty of notable tenants, including storefronts from Intel, Samsung, Sony, Asus and Lenovo. For the most part, it's a place for you to relax and check out new gear. Imagine an Apple Store-like experience for dozens of tech brands across a high-end mall, and you'll get the idea. Now that we've pretty much seen all there is at Computex, we took a stroll through Syntrend to see if it really deserves to be likened to Tokyo's Akihabara district. After spending an entire morning at the mall, I came away mostly impressed. it was surprisingly barren (then again, I visited during a weekday morning), and there are plenty of small stores that just sell phone cases and accessories. But it was nice to be able to go to a single spot to see tech offerings from plenty of companies. There are also cafes and interactive exhibits throughout Syntrend, as well as an entire floor dedicated to activities for kids. It's something that both nerds and families could turn into a day-long trip.

While only seven of the mall's 12 floors were open when I stopped by, there was still more than enough to check out. All of the floors have different themes: the first, "Look," includes Intel's Concept store and a stylish HTC store, while the fifth floor, "Listen," is devoted to audio gear. It's kind of kitschy, but it was a nice way to conceive of everything happening in the mall.

In this article: acer, asus, canon, computex2015, htc, intel, lenovo, samsung, sony, Syntrend, Taipei
All products recommended by Engadget are selected by our editorial team, independent of our parent company. Some of our stories include affiliate links. If you buy something through one of these links, we may earn an affiliate commission.