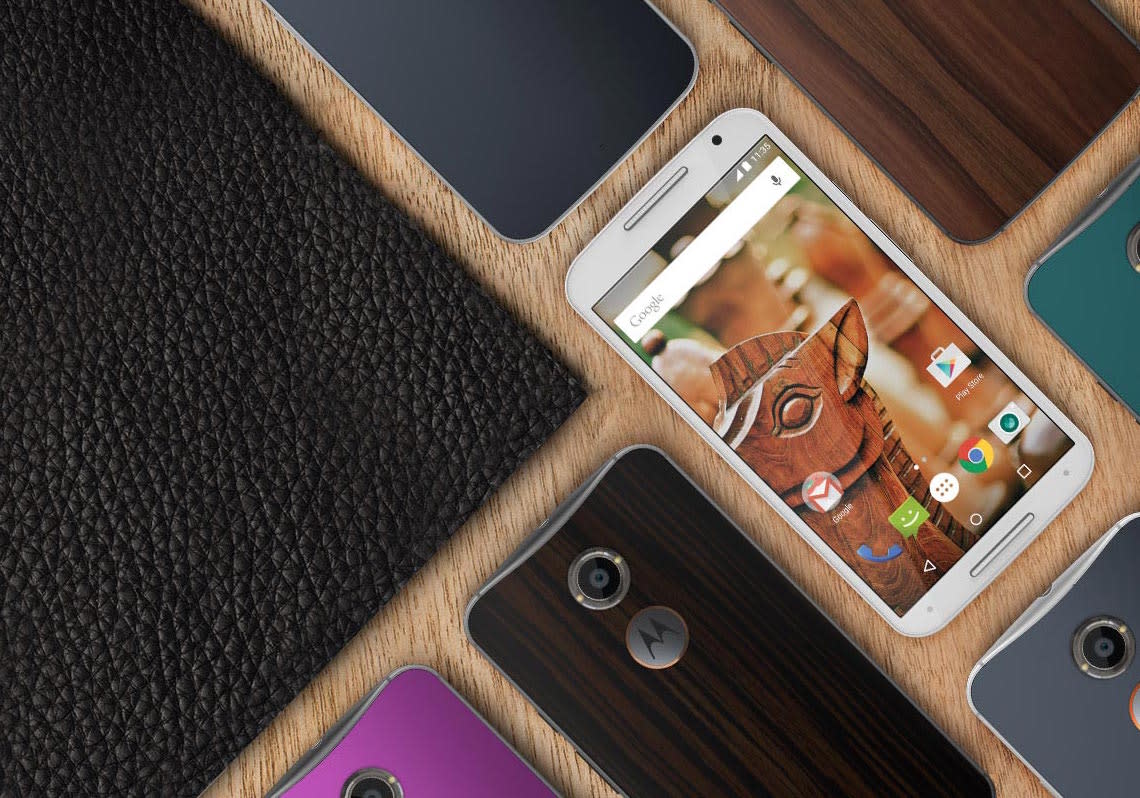 Motorola's no stranger to flash sales in the UK, but its latest price drop could well be the one that clears its remaining stock ahead of a hardware refresh. Following the phone maker's two-day sale back in May, which saw it introduce healthy price cuts to the Moto X and Nexus 6, Motorola has gone even lower in an attempt to get you to buy a new phone. Third-party sites may have slashed its RRP briefly, but the company has officially cut the price of the Moto X by an impressive £166, pushing the 16GB model down to £229 and the 32GB version to £269 (with Moto Maker customisation included). The newer Nexus 6 gets an £80 reduction, meaning you'll pay £399 for 32GB and £469 for the 64GB model. It's a significant drop when you consider that you would have paid an additional £70 for the Moto X and £50 more for the Nexus 6 during last month's sale. If Motorola has piqued your interest but want a little time to think things over, it's giving you until the end of June to make your mind up.

In this article: mobilepostcross, moto, moto x, motorola, nexus 6, uk-feature
All products recommended by Engadget are selected by our editorial team, independent of our parent company. Some of our stories include affiliate links. If you buy something through one of these links, we may earn an affiliate commission.