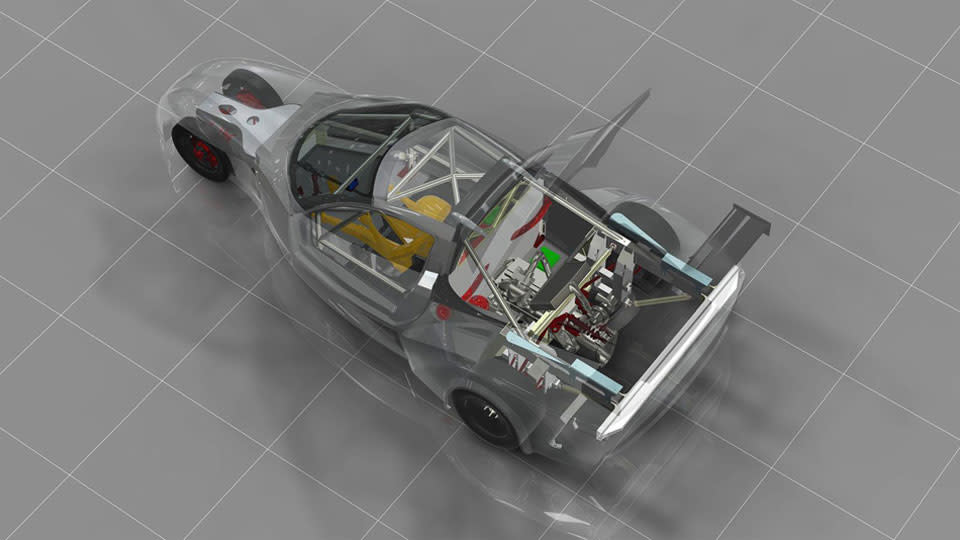 Panoz's arrow-shaped DeltaWing car concept technically hit the race track last year when Nissan's ZEOD RC prototype participated in Le Mans, but it wasn't exactly a dream come true. Nissan was no longer part of the DeltaWing program at that point, and the ZEOD RC completed just a few laps -- only one of which was under electric power. The automaker isn't deterred, however. It's planning to field an all-electric DeltaWing racer at Le Mans, and it intends to go the full 24 hours. Not that this will be easy. The planned swappable battery would only let the EV run for 50 minutes per charge, so Panoz could replace power packs 29 times during the event unless it takes advantage of weight savings to load up on extra batteries. As it stands, Le Mans already has racers in the experimental Garage 56 class lined up through 2017 -- Don Panoz and company can afford to take their time getting it right.

In this article: car, deltawing, donpanoz, electriccar, electricvehicle, ev, lemans, panoz, racecar, transportation
All products recommended by Engadget are selected by our editorial team, independent of our parent company. Some of our stories include affiliate links. If you buy something through one of these links, we may earn an affiliate commission.