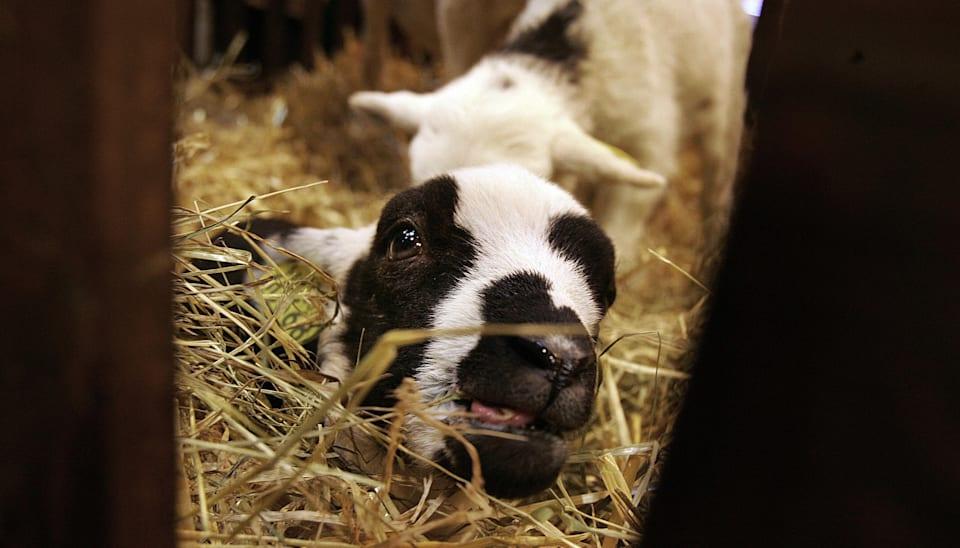 There's a scandale playing out at a genetic research facility that caused a valuable lab sheep to end up as someone's gigot d'agneau dinner. France's National Institute for Agricultural Research (INRA) has been breeding sheep that are genetically modified with a florescent jellyfish gene to aid heart researchers. Unfortunately, a lamb called "Ruby" ended up at the slaughterhouse and on someone's assiette, possibly with a different, more minty jelly. Worse yet, it appears that the incident happened not by accident, but because of some kind of professional feud that escalated way out of control.

According to Le Parisien, animosity had built up over several months between an INRA employee and his boss. At some point, the empoyee called a slaughterhouse to pick up Ruby, saying that it was a regular non-modified sheep. He then allegedly told INRA officials that his boss tried to hush up the incident in an attempt to get him fired. Once INRA officials discovered the details, it issued an alert, saying "as a world-renowned institute, we can't tolerate such behavior... (which) calls for a severe response." It asked French police to investigate the incident, which could result in prison term for the perpetrators.

We'd be very curious to see the Yelp review.

If accusation is true, it's hard to believe someone would allow such a valuable animal to be destroyed over a petty dispute. The sheep were modified to help researchers study therapies for heart attack victims, including transplant recipients. In any event, the sheep posed no risk for consumption, though we'd be very curious to see the Yelp review on the final dish.

In this article: France, Genetically modified, INRA, jellyfish, Sheep
All products recommended by Engadget are selected by our editorial team, independent of our parent company. Some of our stories include affiliate links. If you buy something through one of these links, we may earn an affiliate commission.