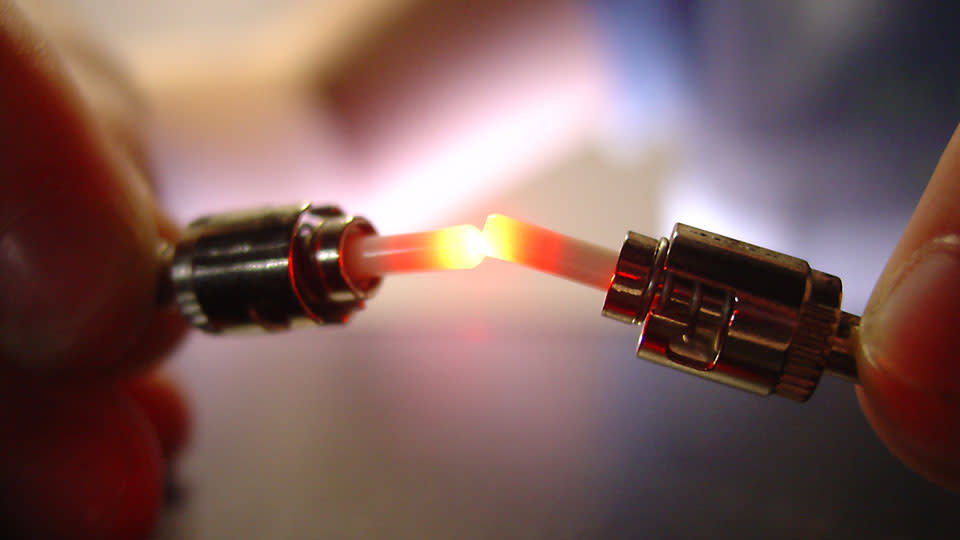 The FCC made it clear that towns should have the freedom to build their own broadband services, and one cooperative group is determined to take advantage of that liberty. WiredWest has gained the support of 22 Massachusetts towns for a municipal broadband effort that will give them all fiber optic service. It won't be the cheapest option, but it'll be much faster than the pokey DSL, fixed wireless and satellite data that residents have had to settle for in the past. It'll start at $49 per month for 25Mbps speeds and no caps, with 100Mbps and a lightning-quick 1Gbps respectively available for $79 and $109 per month.

There's still work to go before this becomes a reality. The burgs have only racked up about $34.5 million of the necessary $79 million in funding, and town councils have to approve the costs. Another 10 towns have yet to formally join. If the effort succeeds, though, it'll go a long way toward not just improving small-town internet speeds, but legitimizing the very notion of city-run broadband. Telecom giants have spent years trying to outlaw municipal broadband in an attempt to stifle competition, even in areas they have no intention of serving -- if successful, this would show that the concept works.

In this article: broadband, fcc, fiber, fiberoptic, gigabit, internet, massachusetts, municipalbroadband, networking, rural, ruralbroadband, wiredwest
All products recommended by Engadget are selected by our editorial team, independent of our parent company. Some of our stories include affiliate links. If you buy something through one of these links, we may earn an affiliate commission.