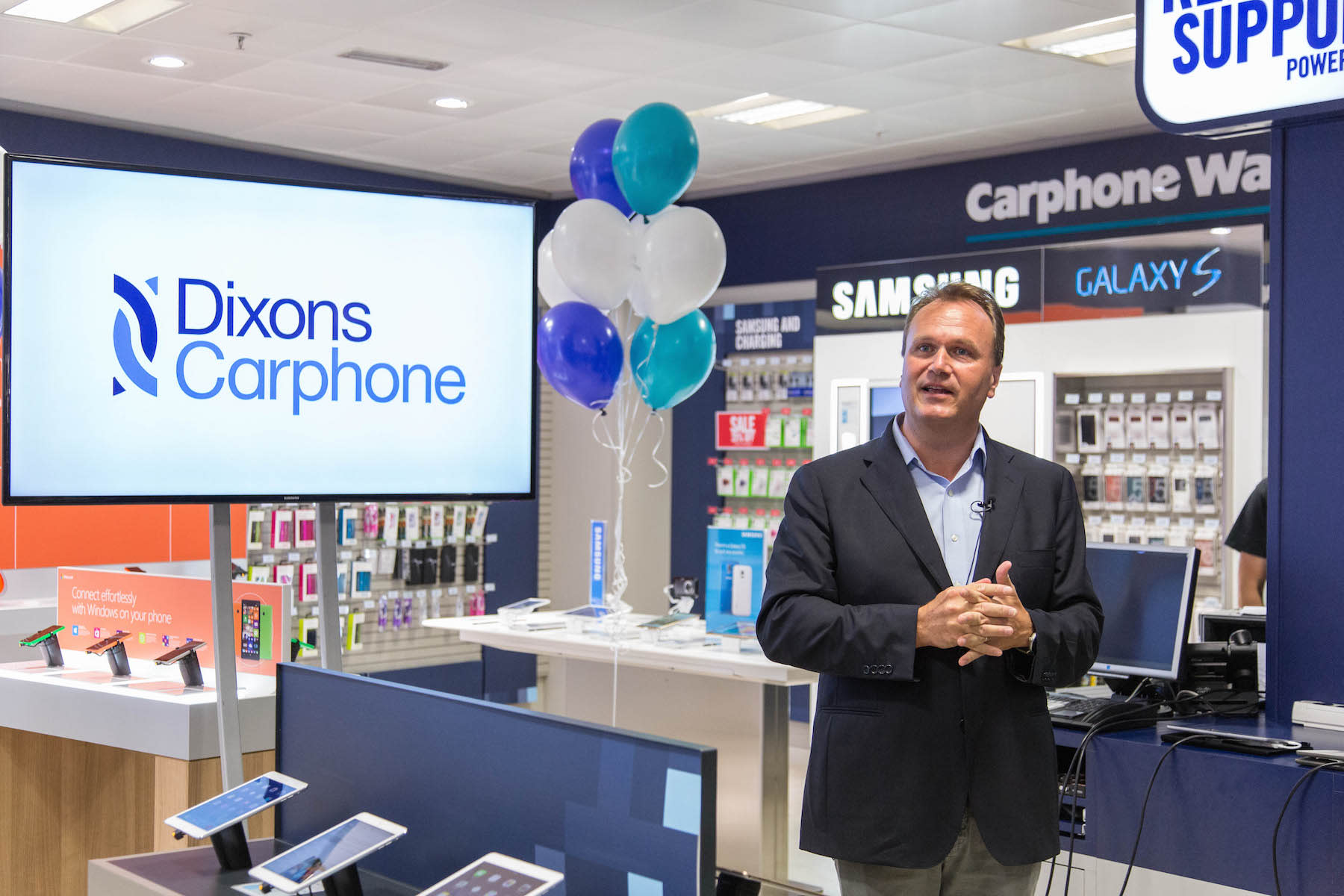 It's been almost a year since UK retailers Dixons and Carphone Warehouse tied the knot. Life as a combined entity, known as Dixons Carphone, is off to a good start: profits are up and the company made efforts to expand its presence, including the launch of its own mobile network. Not content with growth in its existing UK and European markets, the company announced today that it's setting its sights on a bigger prize: the US. In a partnership with Sprint, America's third-largest mobile carrier, Dixons Carphone's Connected World Services (CWS) division will initially launch up to 20 Sprint-branded retail stores, lending its "home retail expertise and proprietary knowledge" to help the operator sell people more plans and devices.

If the stores are successful, both companies will commit to a 50-50 joint-venture and open 500 additional stores. Dixons Carphone says it has set aside $32 million to help fund their development, allowing it to establish a significant footprint in the US. That said, the company is no stranger to new markets: it already operates under the Currys, PC World and Carphone Warehouse brands in the UK; Elkjøp in Norway and other Nordic countries and Kotsovolos in Greece. That makes it one of Europe's biggest mobile retailers, but it will have its work cut out to make a dent in AT&T and Verizon large customer bases and see off the challenge from John Legere's T-Mobile.

In this article: carrier, dixons carphone, joint venture, mobilepostcross, operator, sprint, wireless
All products recommended by Engadget are selected by our editorial team, independent of our parent company. Some of our stories include affiliate links. If you buy something through one of these links, we may earn an affiliate commission.