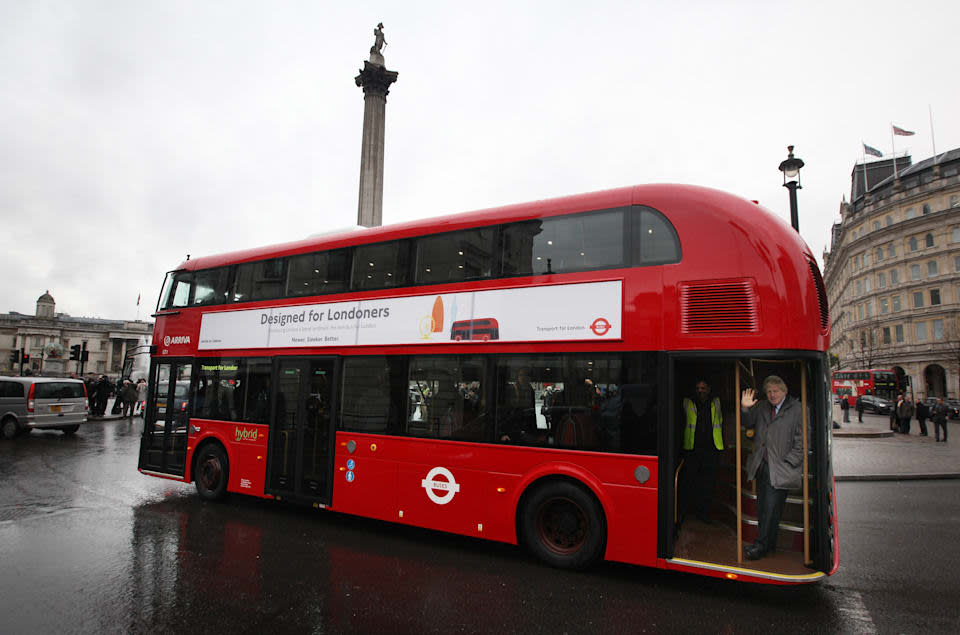 London's public transport is already going green, but there's still a lot of work to do before all of the city's buses are switched over to alternative energy sources. Just two weeks after mayor Boris Johnson announced the capital will host the world's first purpose-built all-electric double decker, Transport for London (TfL) today confirmed a further 51 green vehicles will hit the streets by autumn in a bid to lower carbon emissions and improve London's air quality.

While the contract has been handed to Go Ahead, one of the UK's largest bus operators, it's not yet known who will supply the new all-electric buses. However, it's been made clear that they will run on route 507, which links Waterloo with Victoria, and route 521, which connects Waterloo to London Bridge. While two Chinese electric buses have operated on these routes since 2013, two new Spanish buses were introduced just this week. Once the new fleet arrives, both routes will become fully electric and join London's first all-electric service, route 312, when it makes the switch later this year.

In in the next five years, TfL hopes to have 300 zero-emission single-deck buses and 3,000 double-decker hybrid buses running across central London. Considering that there will only be 22 pure electric buses in London come October, it has its work cut out. However, the authority has already allocated upwards of £700 million to make it all happen.

In this article: boris johnson, buses, electric, hybrid, london, tfl, uk-feature
All products recommended by Engadget are selected by our editorial team, independent of our parent company. Some of our stories include affiliate links. If you buy something through one of these links, we may earn an affiliate commission.