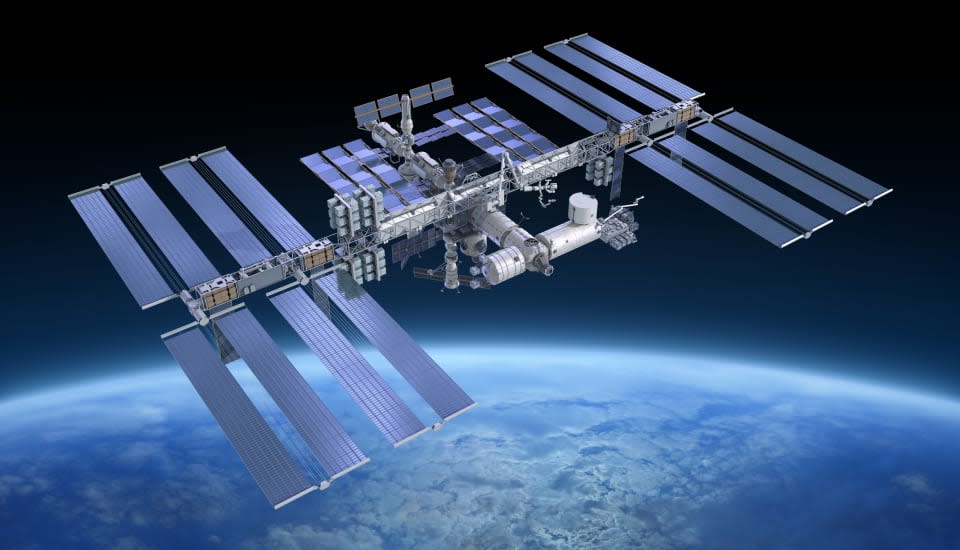 The ISS crew sure had a rough morning yesterday: a piece of an old Russian satellite came hurtling towards them, and the team didn't have enough time to move the station out of the way. Since they only had an hour and a half to spare, the crew chose to seal off modules to contain possible damage and to lock themselves inside a Soyuz spacecraft. That way, they could abandon the ISS if needed and wouldn't have to desperately scour the near-Earth environment for ways to come back home. That was the fourth time in the station's history that its crew had to move to a Soyuz for safety.

ISS personnel typically get warned much earlier about debris coming their way, what with various organizations tracking space junk movement from Earth. The early warnings allow the crew to maneuver the station in case a big one's flying too close for comfort -- the ISS is tough enough to withstand the impact of smaller rubble. Thankfully, the old satellite ended up flying by the station yesterday without damaging billions of dollars' worth of equipment, and the astronauts were permitted to go back to their living quarters.

Space debris remains one of the biggest threats to the ISS, other satellites and spacecraft. As more and more space junk accumulate, the more dangerous the situation in low-Earth orbit becomes. Scientists have proposed a number of different solutions to the issue, including blasting debris with lasers or a harpoon and cleaning them up using a Pac-Man-like spacecraft.

In this article: iss, nasa, space, spacedebris
All products recommended by Engadget are selected by our editorial team, independent of our parent company. Some of our stories include affiliate links. If you buy something through one of these links, we may earn an affiliate commission.