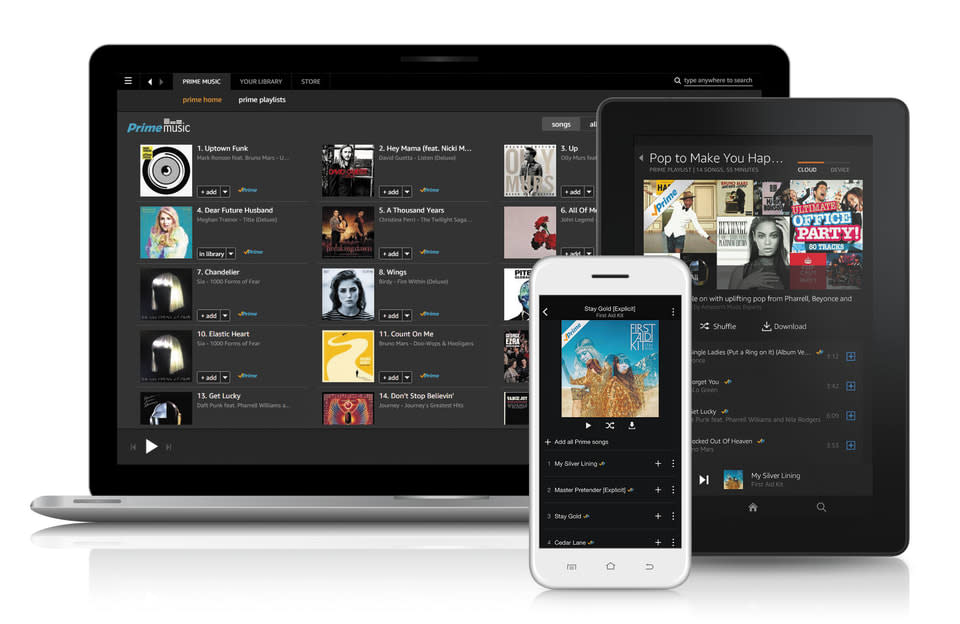 Hot on the heels of Apple Music, Amazon is launching its own music streaming service in the UK. Unlike Spotify, Rdio and most of its other competitors though, there's no single price for Prime Music; to gain access, you'll need an annual Prime subscription. The £79 fee comes with a host of other perks, including one-day delivery and Prime Instant Video, but it's a key difference in the way Amazon wants to sell the service. Even if it falls a little short of its rivals, it might not really matter -- Prime Music simply adds to the value of Prime and makes Amazon's subscription more appealing to new and existing subscribers.

Amazon is boasting just "over a million songs" on Prime Music -- a paltry sum compared to the 30 million plus on Spotify and Apple Music -- along with other industry-standard features such as offline playback and curated playlists. Just like in the US, where it's been available for over a year, you can access the service on a wide range of hardware too including iOS, Android, PC, Mac and Amazon's Fire devices. Music streaming is a crowded space, but at least the company has a unique take; the service itself is unoriginal, but the pricing could make more sense for those already debating a Prime subscription.

In this article: amazon, musicstreaming, primemusic
All products recommended by Engadget are selected by our editorial team, independent of our parent company. Some of our stories include affiliate links. If you buy something through one of these links, we may earn an affiliate commission.