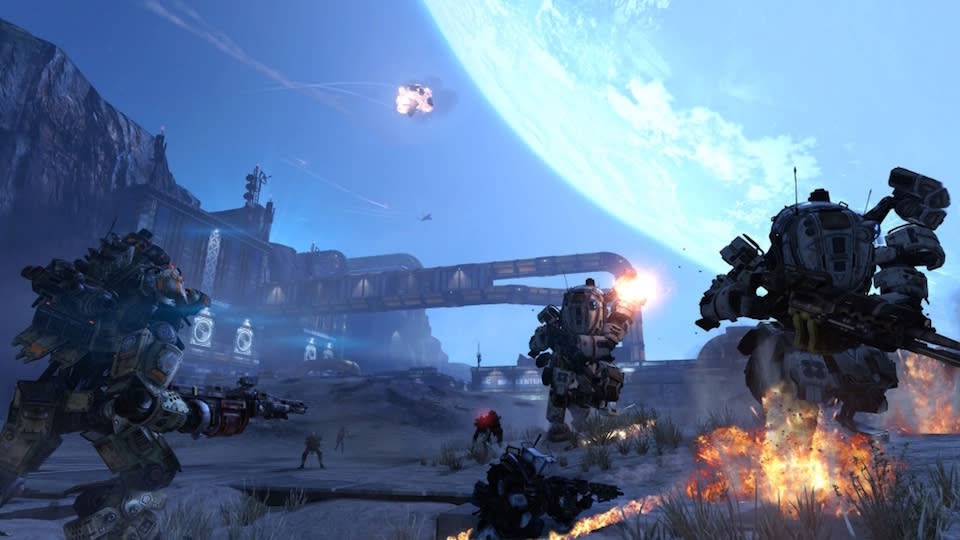 Free-to-play games are big business outside of America and Titanfall is the next big shooter joining the ranks of Halo and Call of Duty in taking that route. Publisher Electronic Arts is working with Nexon (the company behind Maple Story and FIFA Online 3) to take developer Respawn Entertainment's mech-based shooter to China, Japan, Korea, Macau and regions of Southeast Asia including Cambodia and Thailand. Naturally, it'll only be a PC version of the game since that plays well in internet cafes, but any other details aren't known at this point. However, the F2P model could actually translate pretty easily considering the game's Burn Card system that rewards players with single-use power-ups is similar to how existing microtransaction-based games function. Stand by for Titanfall, Asia.

In this article: asia, EA, f2p, gaming, hd, hdpostcross, mechs, Microtransactions, nexon, respawn, southeastasia, titanfall
All products recommended by Engadget are selected by our editorial team, independent of our parent company. Some of our stories include affiliate links. If you buy something through one of these links, we may earn an affiliate commission.