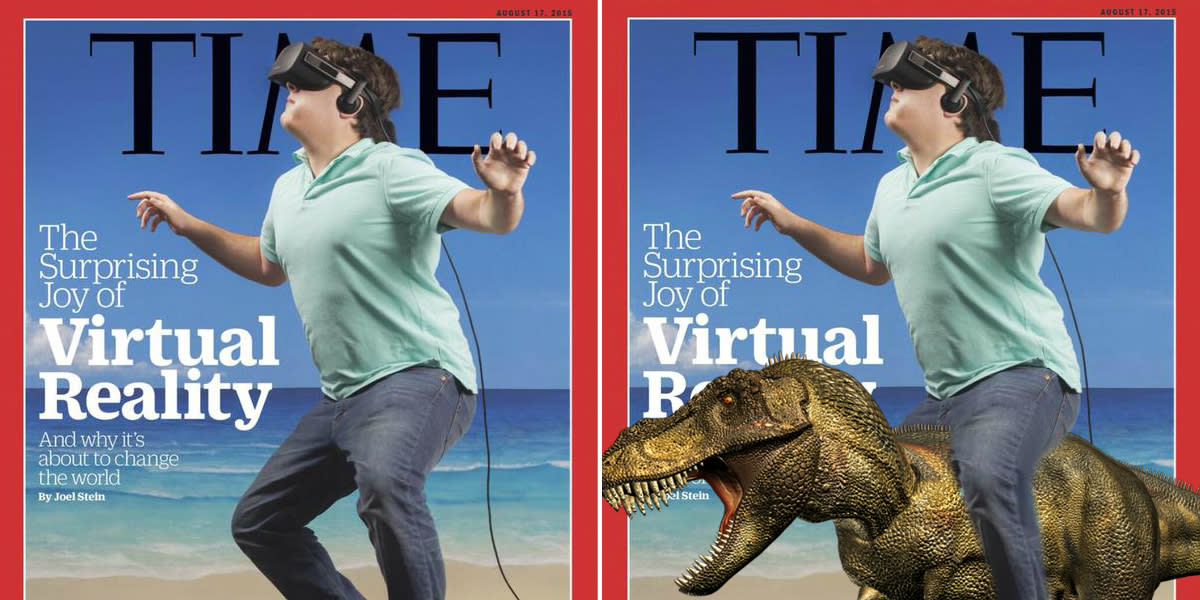 It's amazing to see Palmer Luckey -- creator of the Oculus Rift and custodian of the tech industry's current obsession with virtual reality -- on the cover of Time magazine this month. It's another sign that virtual reality has a real shot at entering the mainstream conversation, following previous signals like Facebook buying Oculus for $2 billion in 2014, and Sony, Valve, HTC, Samsung and dozens of other companies revealing their own VR headsets. As amazing as Luckey's Time cover is, it's also really, really odd. Why is he on his tippy-toes? Does he really need to be squatting like that? What are his hands doing? Where's the controller? And why the hell is he in front of a fake beach? The world may never know, but through the power of photo-editing tools, we certainly can imagine. See some of our ideas below and please add your own chops in the comments (feel free to use our cutout). Such poise, such grace. In this article: facebook, hdpostcross, PalmerLuckey, photoshop, time, TimeMagazine, VirtualReality, vr
All products recommended by Engadget are selected by our editorial team, independent of our parent company. Some of our stories include affiliate links. If you buy something through one of these links, we may earn an affiliate commission.