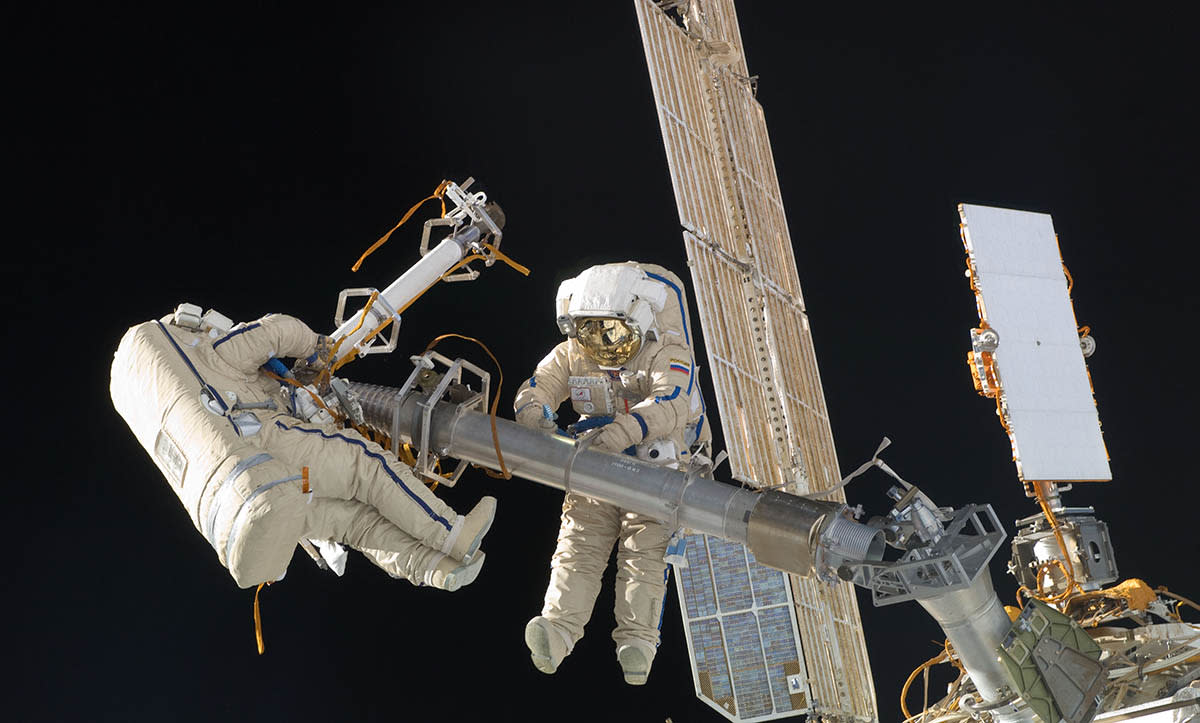 With only a bit of fabric preventing certain death, spacewalks are one of the most thrilling and dangerous jobs (among many) that ISS astronauts and cosmonauts do. You'll be able to watch one (here or in the video below) shortly as Russian cosmonauts Gennady Padalka and Mikhail Kornienko exit the Russian Pirs airlock. Their goal is to make it easier for ISS occupants do future spacewalks by installing so-called "gap spanners," a type of soft handrail. The duo will also photograph "Expose-R," a NASA experiment testing how biological samples like seeds, bacteria and ferns tolerate space, a stepping-stone towards future Mars missions. The whole thing will take about six hours, but it kicks off soon at 10:14 EDT.


Broadcast live streaming video on Ustream
In this article: cosmonauts, expose-R, International Space Station, ISS, NASA, spacewalk
All products recommended by Engadget are selected by our editorial team, independent of our parent company. Some of our stories include affiliate links. If you buy something through one of these links, we may earn an affiliate commission.