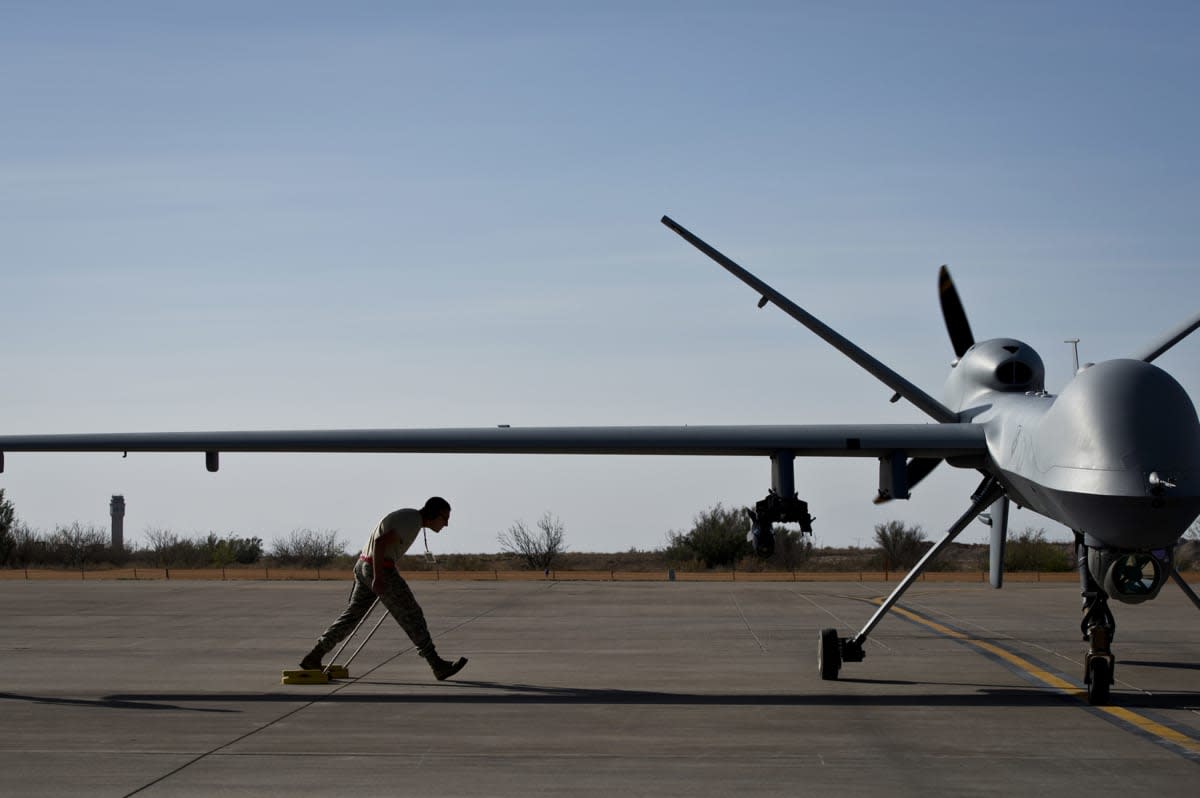 Despite doubts about the effectiveness of US drone airstrikes in war-torn nations, the Pentagon wants to dramatically increase them. An unnamed official told the WSJ that military commanders intend to bump the number of daily flights by 50 percent. UAVs like the MQ-9 Reaper would not only aid with surveillance in regions like Ukraine, the Middle East and the South China Sea, but also perform more targeted missile strikes. The Pentagon says it needs the surge in drone activity -- the first since 2011 -- to deal with new conflicts in Syria, Iraq, Yemen and elsewhere.

By 2019, the Army, Special Forces Command and contractors could be flying as many as 30 extra flights per day, on top of the 60 already flown by the Air Force. The Pentagon decided to include other military branches besides the Air Force, whose pilots are fatigued and overworked as it is. Though the emphasis of the expanded program is on surveillance, military commanders will reportedly increase strike capacities, too.

The strike program, which began with the Bush administration but accelerated under President Obama, is controversial. According to a report last year, 1,147 people were killed for 41 individuals targeted, a bystander casualty rate higher than previously thought. Despite that, military observers say they're the least terrible option for fighting terrorist groups like al-Qaida. The plan still requires approval from Congress, but seems like a no-brainer given the low costs compared to other options.

In this article: Airstrikes, Drones, DroneStrikes, military, MQ-9, Pentagon, Reaper
All products recommended by Engadget are selected by our editorial team, independent of our parent company. Some of our stories include affiliate links. If you buy something through one of these links, we may earn an affiliate commission.