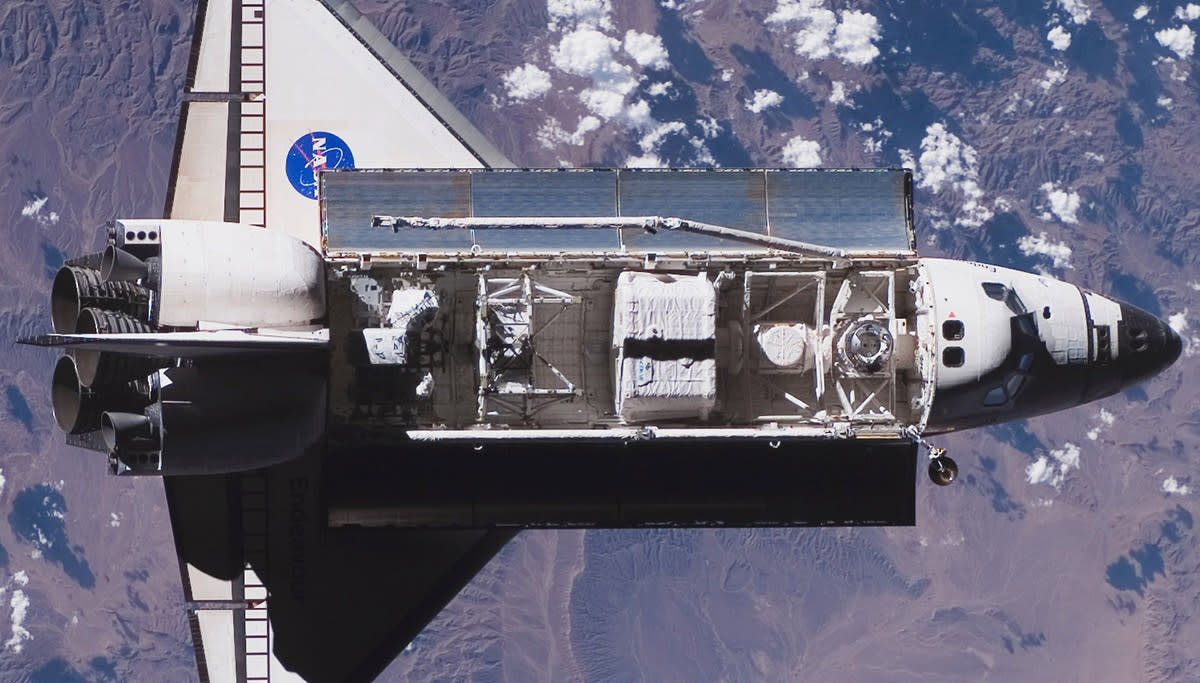 NASA has apparently been stripping and reusing parts from old spacecraft, because when you have lofty goals and a limited budget, you gotta do what you gotta do. For instance, it's salvaging the four water tanks installed on the space shuttle Endeavour this week, so the agency can use them to build a new storage system for the International Space Station. Those tanks can store 300 liters in all that can last for 25 to 27 days: they're expected to help free more time for the crew to spend on their experiments. Also, according to NASA spokesperson Daniel Huot, they "could greatly reduce the overall cost to build the new system." Refilling the space station's water reservoir can be time-consuming, since the astronauts recycle every ounce of liquid they can, including urine and sweat.

The space shuttle Endeavour has been a museum piece at the California Science Center for the past few years, but NASA believes its tanks are still in good condition. The water storage system project doesn't have a clear timeline yet, though, so the agency still doesn't know if and when the tanks will make it to space. As we mentioned, this isn't the first time NASA salvaged parts from old spacecraft: It removed the tanks from space shuttle Atlantis back in May and even took out Endeavour's three main engines years ago before handing it over to the museum. It's now testing those engines for use with the Space Launch System, which is being touted as the agency's most powerful rocket yet.

In this article: iss, nasa, space, spaceshuttle
All products recommended by Engadget are selected by our editorial team, independent of our parent company. Some of our stories include affiliate links. If you buy something through one of these links, we may earn an affiliate commission.