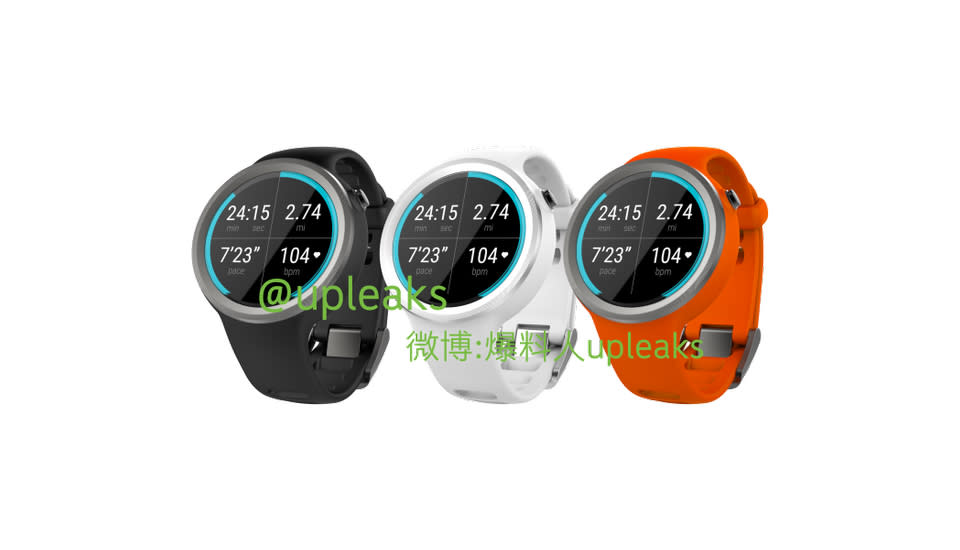 We've already seen the upcoming Moto 360 sequel(s) quite a bit, but now another model has surfaced. Thanks to @upleaks, there's the news that the next line of Motorola smartwatches will also include a sport option. Based on what appears to be a leaked press image/render, the Moto 360 Sport will arrive in three colors while still carrying the same circular face and dreaded "flat tire" look. The bands on the active model also don't carry the same pins as the leaked 2015 unit, so we'll be curious to see if you can swap out the straps with ease. If you'll recall, Apple did something similar with its Watch by offering options for both active and fashion-minded folks. @upleaks also says that while the new Moto 360 will arrive in September, this newly outed Sport model won't be available until November.

In this article: leak, moto360, moto360sport, motorola, smartwatch, wearable, wearables
All products recommended by Engadget are selected by our editorial team, independent of our parent company. Some of our stories include affiliate links. If you buy something through one of these links, we may earn an affiliate commission.