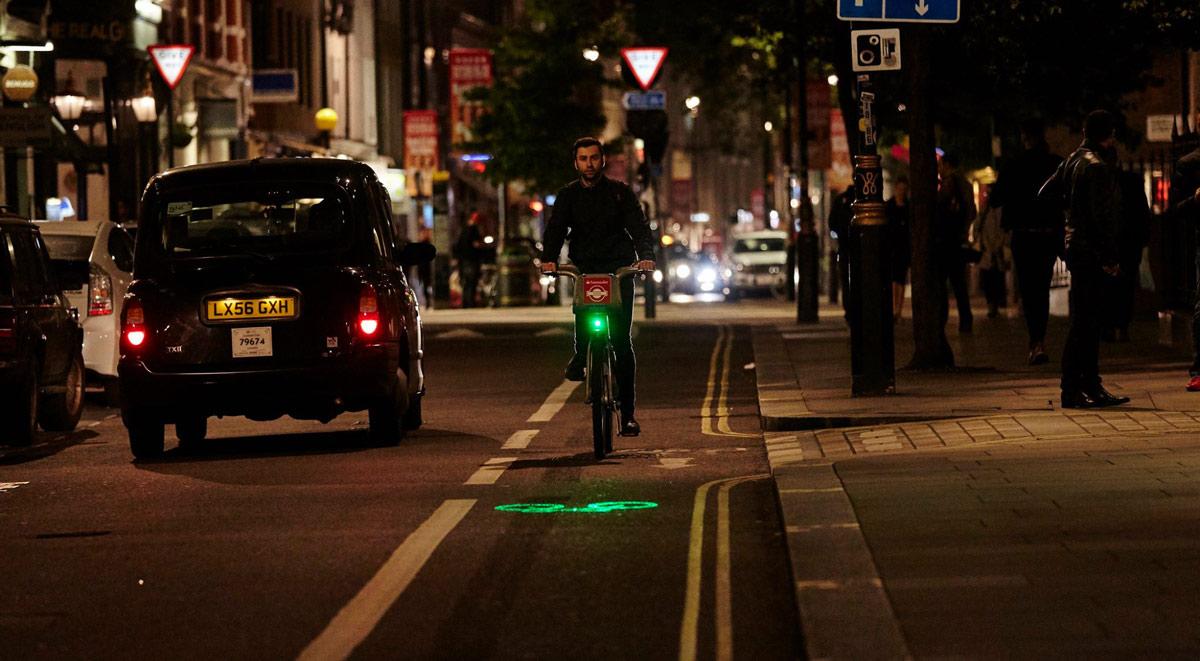 If there's one universal truth, it's that everything is better with lasers: sharks, dinosaurs, Facebook, and now... Boris bikes. Under a new safety trial, Transport for London has fitted 250 of the capital's pushbikes-for-hire with a laser-projection system that beams the familiar stickman bicycle logo onto the ground ahead of the cyclist. With a six metre lead on the rider, the projection is intended to alert motorists to the close presence of the cyclist, who could be cruising in the driver's blind spot at the time. In early tests, the laser projection was said to improve the nighttime visibility of bikers when compared with the regular LED headlamps currently in use. The tech itself is being provided by UK upstart Blaze, which already sells the Laserlight as a handlebar add-on for any bicycle. Should the 10-or-so week trial be deemed successful, the plan is to retrofit all 11,500 Boris bikes with the dynamo-driven projection system.

In this article: bicycle, blaze, BorisBikes, laser, laserlight, lasers, tfl, transportation, transportforlondon
All products recommended by Engadget are selected by our editorial team, independent of our parent company. Some of our stories include affiliate links. If you buy something through one of these links, we may earn an affiliate commission.