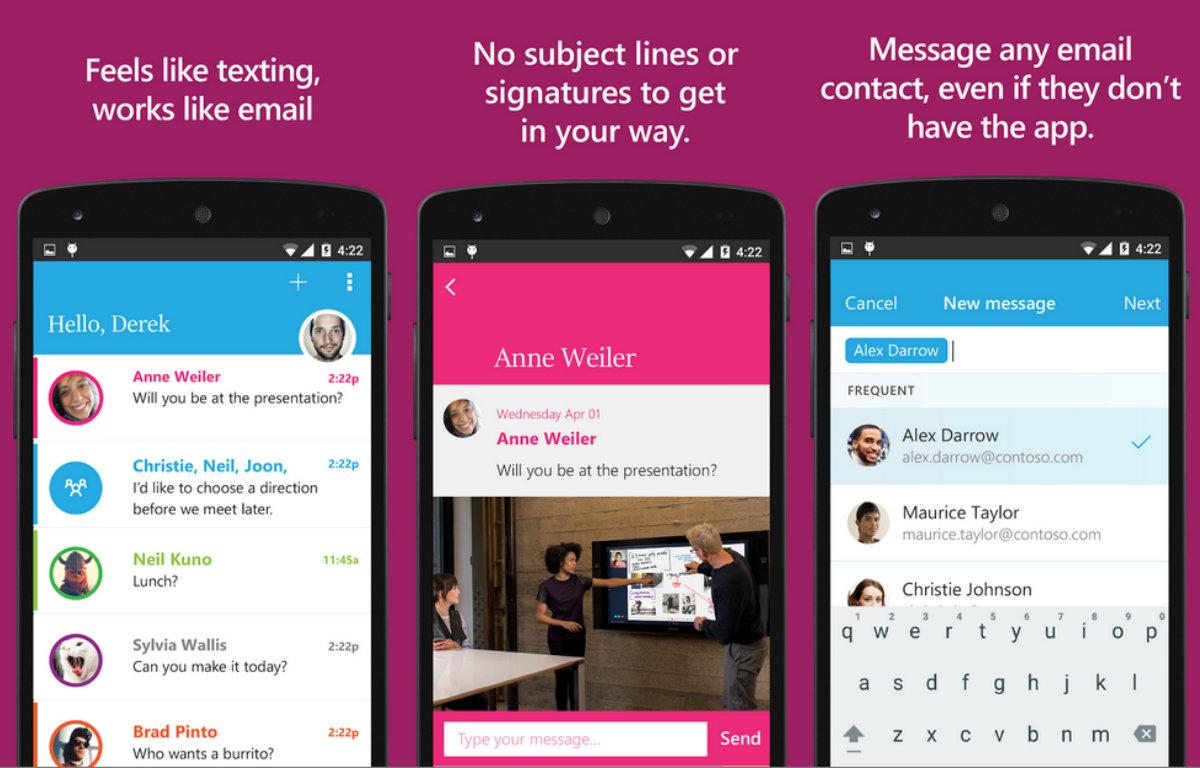 Earlier this summer Microsoft debuted Send, an app which aimed to combine the most usable features from instant messaging and email into a unified experience. It debuted as an iOS-only app but on Wednesday the company released Send (beta) for the Android OS. Its availability is also expanding -- while it was previously limited to the US and Canada, now UK, Brazil and Denmark users (with an Office 365 business or education account) can try Send out on either platform, complete with GIFs. Windows Phone is still the odd one out, but Microsoft say it is "currently working" on a version for its own mobile platform.

In this article: Android, Brazil, Canada, Denmark, iOS, messaging, microsoft, Office365, Send
All products recommended by Engadget are selected by our editorial team, independent of our parent company. Some of our stories include affiliate links. If you buy something through one of these links, we may earn an affiliate commission.