HomePod repairs cost nearly as much as a new speaker 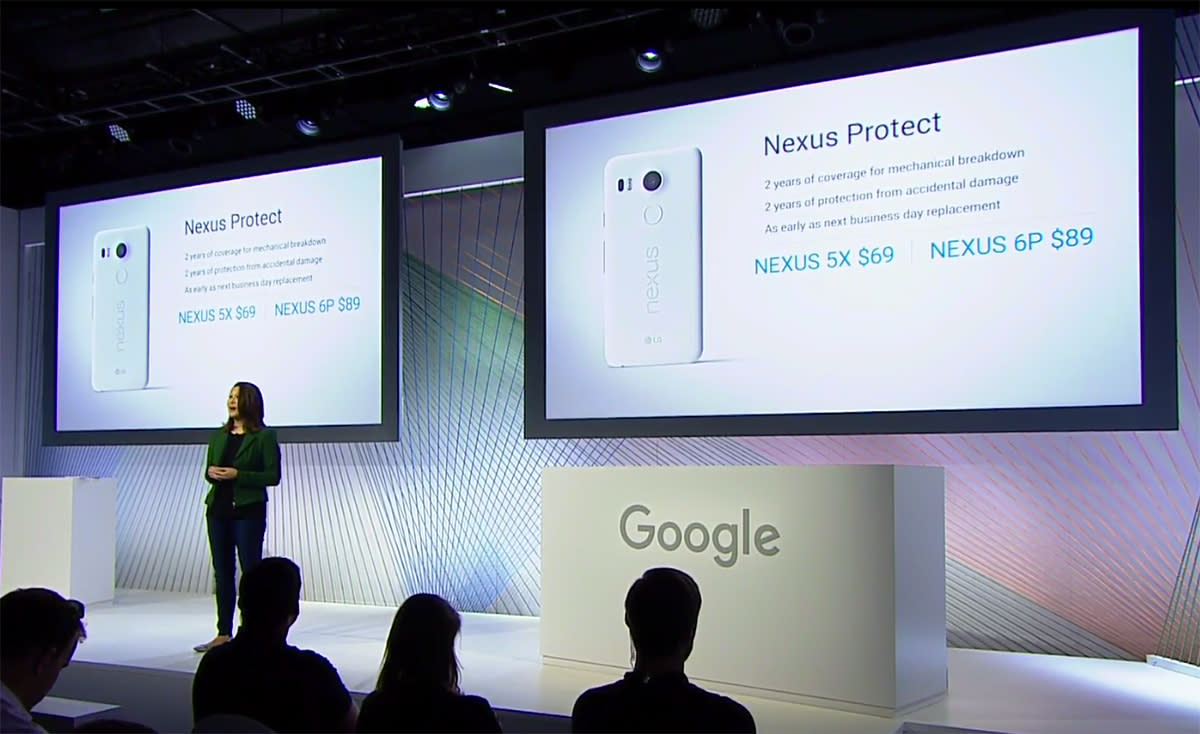 Alongside the Nexus 5X and 6P smartphones Google unveiled today, the company announced a new program intended to give butter-fingered customers a little peace of mind. In addition to the one-year warranty every Nexus smartphone is covered by, the Nexus Protect program covers repair and replacement costs for mechanical breakdowns and accidental damage for two years. Basically, it's Google's version of AppleCare, and should the extra-clumsy destroy their phones somehow, they can expect a replacement as early as the next business day. Obviously, these guarantees come at a price, but if you're a serial screen smasher, then it could be worth your while to Nexus Protect your 5X for $69, or your new 6P for $89.

In this article: applecare, google, mobilepostcross, nexus2015, nexus5x, nexus6p, nexusprotect
All products recommended by Engadget are selected by our editorial team, independent of our parent company. Some of our stories include affiliate links. If you buy something through one of these links, we may earn an affiliate commission.