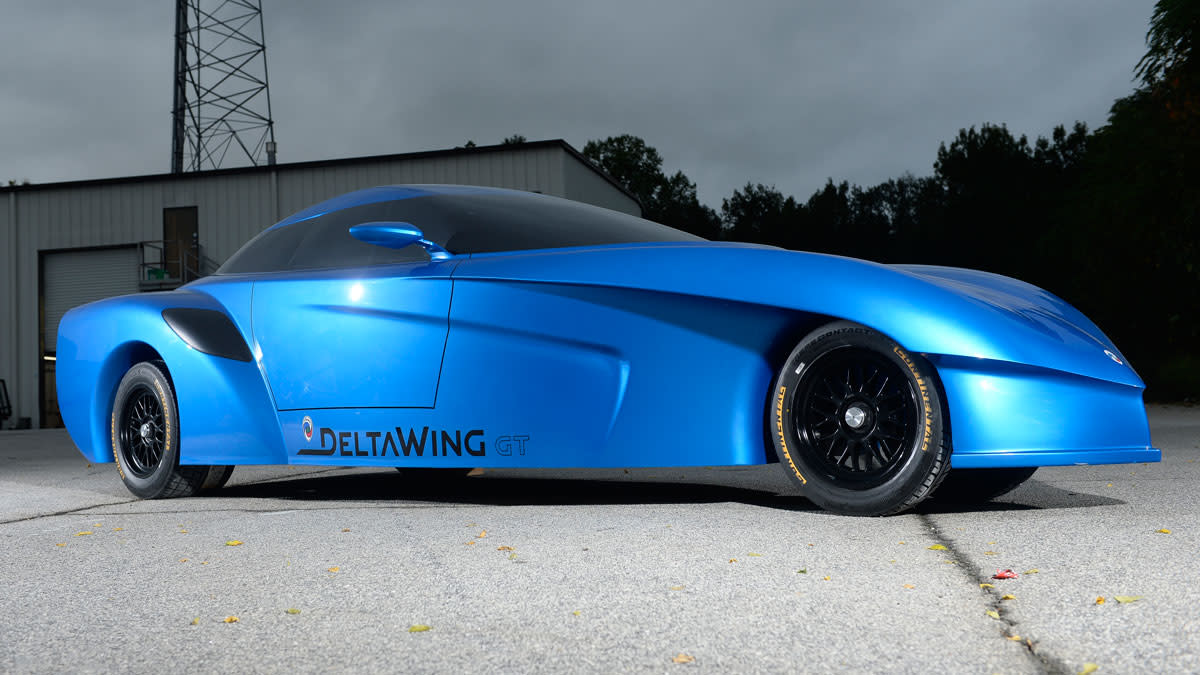 Panoz's years-long vision of an arrow-shaped road car is finally coalescing into something tangible. The automaker has unveiled a real-world concept version of the car, the DeltaWing GT, that shows that the idea isn't far-fetched. Despite Panoz's ambitions, it doesn't have the lowest drag you can get in a car (even a Mercedes CLA250 sedan is slicker). However, the company previously promised highway efficiency of 74 miles per gallon or more -- this could be one of the few gas-powered sports cars that doesn't require frequent top-ups. There's still a huge gap between this and a production-quality DeltaWing that you could drive around town, but the prototype represents a crucial step forward.

In this article: car, concept, conceptcar, deltawing, deltawinggt, panoz, transportation, vehicle
All products recommended by Engadget are selected by our editorial team, independent of our parent company. Some of our stories include affiliate links. If you buy something through one of these links, we may earn an affiliate commission.