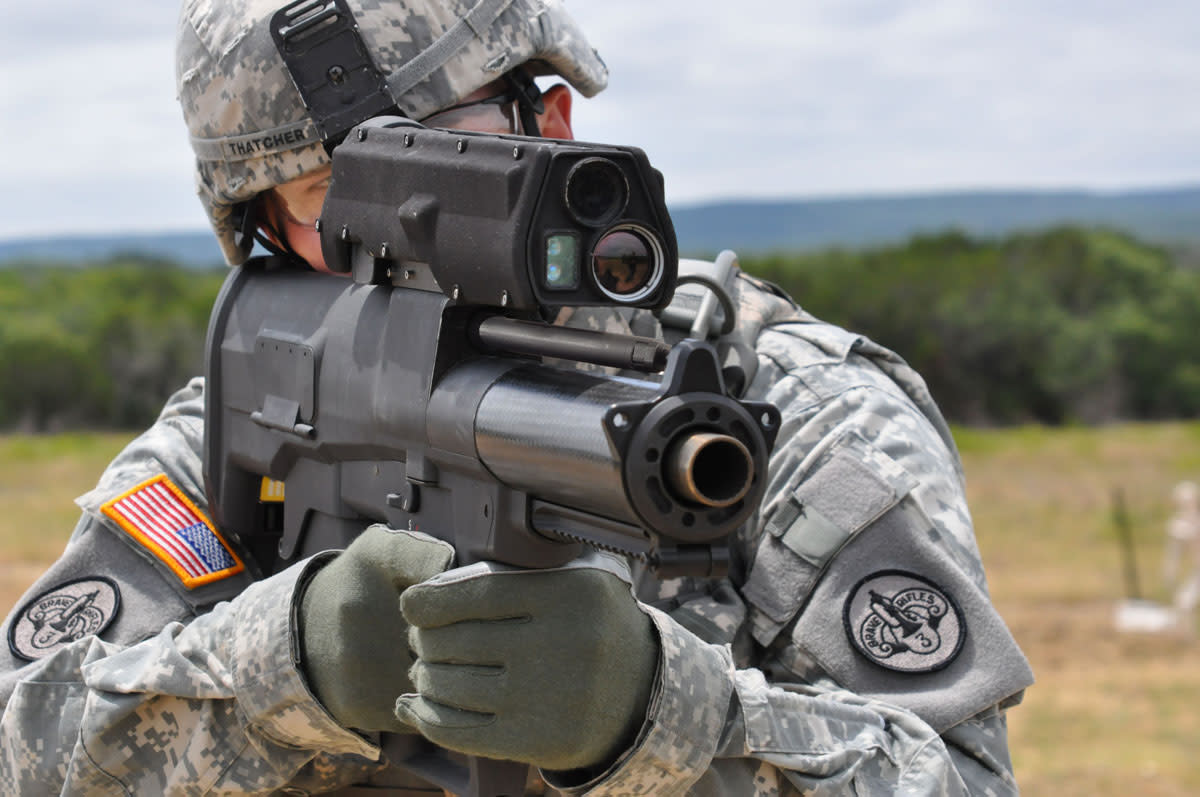 After years of work, Orbital ATK (born from Orbital Sciences) is close to delivering a clever weapon that could help American soldiers in very tricky situations. As of early 2016, the US Army will start acceptance testing for the XM25, a smart grenade launcher that can defeat enemies behind cover. In normal use, all you have to do is point at an enemy (up to 1,640 feet away) and let the XM25's laser rangefinder decide when your grenade explodes. If a target is hiding, however, you can dial in extra distance (up to 2,300 feet away) and explode the grenade in mid-air. Troops theoretically don't have to expose themselves to line up a shot -- they just pick a close-enough point and pull the trigger.

If and when the XM25 enters service will depend on how well the testing goes. However, this may be more of a formality than a make-or-break trial. The Army used a handful of prototypes in Afghanistan back in 2010, and it was clearly happy enough with the live combat results to move ahead. So long as the launcher enters widespread use relatively quickly, it could do a lot to end firefights quickly and keep soldiers safe.

In this article: army, grenade, grenadelauncher, orbitalatk, orbitalsciences, usarmy, wargadget, weapon, xm25
All products recommended by Engadget are selected by our editorial team, independent of our parent company. Some of our stories include affiliate links. If you buy something through one of these links, we may earn an affiliate commission.