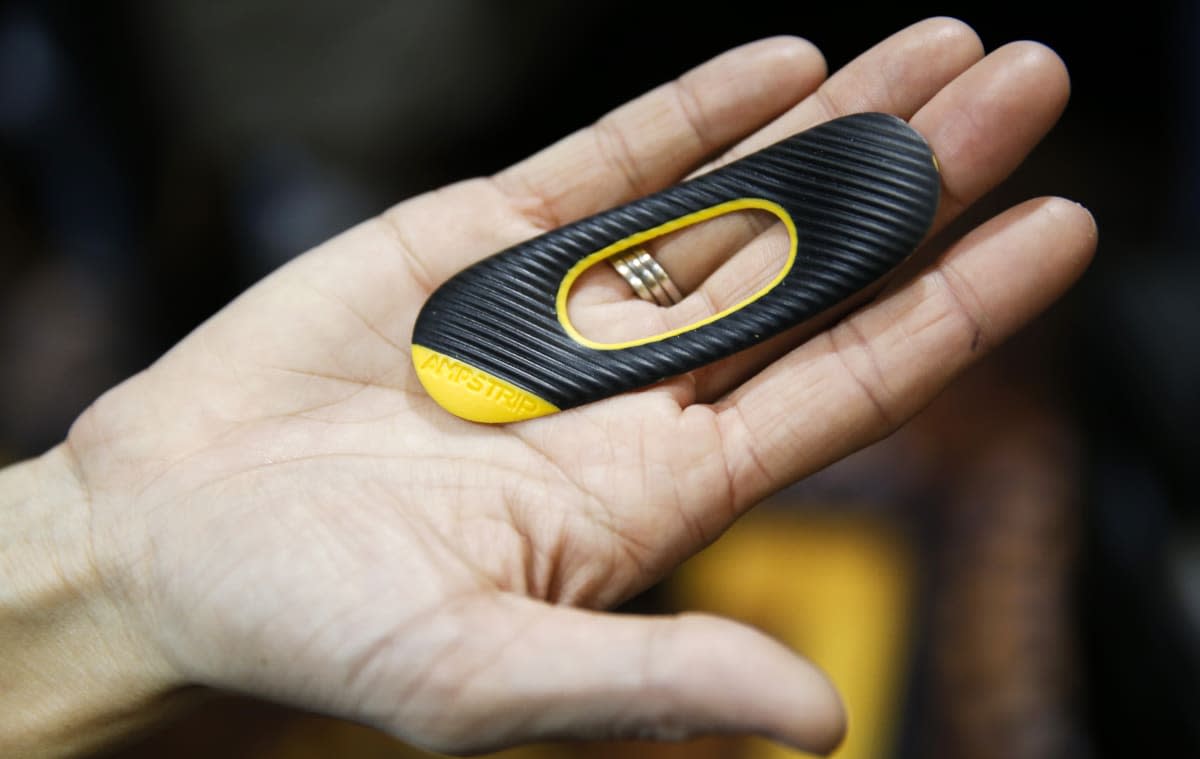 A while back we were introduced to AmpStrip: an innovative wearable that contains a thermometer, accelerometer and heart rate sensor, all packed into a barely-there Band-Aid-like strip. From what we saw at CES 2015, it was all set to swoop in and revolutionize how we look at wearables, with its practicality and ease of use unlike anything available to date. However, the startup company FitLinxx announced today that it has discontinued the product as a fitness tracker available to the public and will instead focus on the product's potential medical applications.

AmpStrip was originally a crowdfunding project on Indiegogo that closed on September 16, 2015 and in that time the startup managed to raise over $500,000 USD for the project (734% over the target goal). Steven Schwartz, Head of Marketing at FitLinxx, confirmed the change of direction on the product page stating: "After much discussion and debate, we have decided to suspend development of AmpStrip as a fitness product. Going forward, we are going to first focus on the device's potential uses as a medical device rather than a fitness device."

In the two months since its last update, FitLinxx received a number of questions about shipments, but had no response. Today's post broke the silence with an apology and promised a full refund, but has done little to calm irate investors who were expecting a product. Finally, we're wondering what happened with the 'Best of CES' award the company received for their personalized fitness-tracking product they presented? It still remains emblazoned on the company site.

In this article: ampstrip, bestofces, bestofces2015, ces, ces2015, fitness, gear, healthandfitness, medicine, science, timeline16healthwear, wearable, wearables
All products recommended by Engadget are selected by our editorial team, independent of our parent company. Some of our stories include affiliate links. If you buy something through one of these links, we may earn an affiliate commission.